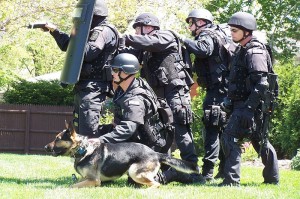 The Great Western Sin: Pride and the Politics of Terror

In the animated film Superman vs. the Elite, adapted from the earlier comic What’s So Funny About ‘Truth, Justice, and the American Way?, Superman says to Lois, “I don’t think that I make them feel safe anymore.” Superman comes to this conclusion because the Elite, a darker and edgier kill-happy team of superheroes seem to have edged him out in the minds of the people. The movie and the comic serve as an attack on the dark and edgy comics that became popular in the 90s, specifically Warren Ellis’ The Authority, in which it was cool for heroes to be brutish and nasty (but not short). The film has its flaws — as a reconstruction of Superman I definitely prefer the earlier comic Kingdom Come — but it’s still an interesting exploration of what Superman stands for, and certainly better than Man of Steel.

That quote though, caught my attention, because it, seemingly unintentionally, says something about the human pre-occupation with feeling safe. Humans, it seems, will go out of our way to create a sense of safety, even if that means turning from the nobility of Superman to the savagery of the Elite. Sadly, this reality is not relegated to fiction. 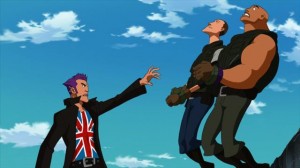 In the 1960s the United States created the first SWAT team, their numbers rising over the years to reach the nearly 500 active today. [1] These SWAT teams are trained to act and think in a militarized manner, a perfect complement to the “war on…” mentality that has crept into American politics. These new so-called “warrior cops” have at various times been derided by conservatives and liberals, but just as often praised when their targets are the enemies of the respective side. [2] Frighteningly, the use of military tactics and the increase in military mindset amongst the police has not been relegated to only extreme forms of crime. Rather, SWAT teams and militarized police tactics have increasingly come into use for everything from gambling busts on low stakes poker games to (literally) warrantless immigration code checks. At times, this has led to disastrous mistakes, but the creep continues. [3]

This militarization of the police is in fact symptomatic of a larger problem: the abovementioned urge to feel safe that led the citizens of Metropolis to turn from Superman to the Elite. In the United States, one can easily bring up the case of Gitmo, the Patriot Act, and various other civil rights disasters spawned by post-9/11 fever. The problem is hardly unique to the US, however, anyone who has visited London can witness the same force at work in the ever-present CCTV cameras, and am I the only one who remembers the British government putting anti-air missiles on top of residential buildings during the Olympics? One could also look at the darkly ironic attempts by the Israeli Defense Force to fight terrorism by creating a constant atmosphere of fear amongst the Palestinians of the West Bank using “mapping operations.”

Throughout the Western world, there is a continued systemic attempt to eliminate fear through methods of control, be they, as Justin wrote in earlier pieces, technology, bureaucracy, or any number of other, usually violent, systems of control. I would argue that the Christian response must be to see this drive to eliminate risk in the world as a pathological manifestation of the sin of pride.

The Christian concept of pride is deeper than merely arrogance, though it includes that as well. Rather, pride is putting oneself in the place of God. It is the illusion that you are not a creature, bound by limits, who is neither capable of controlling everything. As such, pride can take many forms. In the modern, Western world, pride takes the form of the assurance that we can control the world, that with the right method of social control we can end crime and poverty, give terror flight, and carve out heaven on earth. The dressing is new, but it’s the same old sin that we read about in the biblical stories of Adam and Eve, who sought to be like God; or the inhabitants of Babel, who sought to build a tower to the heavens.

The inevitable result is always the same. We fear monsters and in our pride attempt to create a method to eliminate them, freedom and risk are sacrificed for control and safety, and in the end we create a tyrannical system, a leviathan we cannot control. Nor does it accomplish the aim intended, a new monster may be constructed, but the old ones keep on haunting us, sometimes in even worse forms than before. I still remember the experience, and wish I had gotten a picture of it, of stepping out of London King’s Cross for the first time, seeing the multitude of CCTV cameras all around, including one mounted atop a roving smart car, and behind it all a prominent piece of graffiti.

This is not to say that all control is bad. I am far from an anarchist. We need government, we need method, but we ought to act with moderation. Christians especially should decry the War on Terror, the War on Drugs, and the technological and bureaucratic excesses that support these and all other such faux wars for what they are – idolatrous manifestations of pride.