The Idol of Technology and the Fear of Bears

In the last ten years there has been an average of just under 3 fatalities by bear mauling per year in North America. The last death by the paws of a grizzly in Northwest Montana was in 1998. 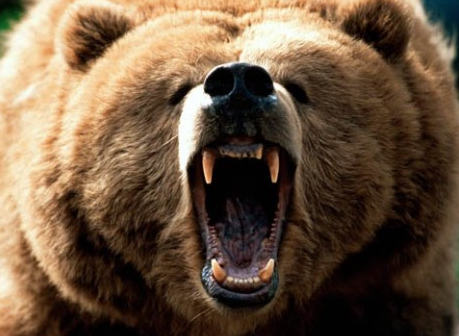 There are around 2 million visitors a year to Glacier National Park. Of the roughly 30 million visitors to Glacier in the last 15 years, how many do you reckon were frightened of bears? Statistics surely don’t tell you everything- or even very much- but these statistics illustrate our propensity to fear despite reality. How much more so would we fear what truly costs us?

There is a hotel 12 miles inside the park boundary of Glacier National Park. Situated at the top end of a mountain valley, the Many Glacier Hotel marks the trailhead for several of the best hikes in the park. Consequently, when I worked there as a concierge, we received a great deal of foot traffic from backpackers, day hikers, and others, in addition to regular hotel guests. And we received, as Edward Abbey puts it, “the same three basic questions five hundred times a day: (1) Where’s the john? (2) How long’s it take to see this place? (3) Where’s the Coke machine?”[1] In addition to these, the most common questions we received centered around bears. In particular the guests were looking for the most effective and efficient ways of avoiding a bear mauling. They asked about bells and spray, playing dead, or making oneself look larger. The guests were looking for a technology of bear avoidance. A day did not go by without some potential hiker, pale-faced and sweaty-palmed, trying to learn some method or procedure for avoiding pain and death at the paws of a bear. Listening to these concerns with a phenomenological ear, it’s easy to hear that the techniques of bear avoidance served as the common-sense-attitude (which Husserl calls the “Natural Attitude”) of relating to bears. This attitude went so far that some hikers chose to stay in the lobby and read if bears had been recently sighted, clearly evidencing that they were completely closed off to an encounter with the bear.

These technical questions about how to avoid bears betray the fear that motivates them. Bears are certainly dangerous and deserve respect. But at the same time, the fear at the heart of the questions about avoiding them is one of (in Gabriel Marcel’s language) the problematic: it problemetizes and objectifies the bears, conceiving of them as things to be avoided rather than beings to be encountered. This perspective posits the bear as object — as a thing rather than as a subject itself, capable of relating and revealing themselves in experience. Hikers totally focused on not being eaten by a bear do the same thing. Stricken with fear and the self-claimed responsibility, via their un-holstered bear spray, for their own survival, they are incapable of smelling the bear grass and tasting the huckleberries. They remain locked in an objectivistic conception of the world where only the bear-to-be-avoided defines the experience.

Allow me to be abundantly clear here: I don’t mean to suggest that one ought to seek out danger or relate to it in a lackadaisical fashion. One should respect bears, snakes, and storms, and all the rest, and know how to relate to them in a fashion that increases the chance of survival. I do carry bear spray for instance. But unlike, say, a pistol (another recent technological experience in the National Parks), bear spray is a defensive apparatus that can only work on a charging bear. A pistol is an offensive device that only works before the beast has attacked. The real difficulty is that our technological perspective attempts to deny or eliminate the very real danger of these encounters through our methodology rather than recognizing that no matter how we approach a dangerous encounter we may yet die.

It can certainly be argued that to approach a grizzly in any posture other than avoidance would constitute gross negligence and irresponsible handling of one’s own life. Perhaps. Grizzlies are an extreme example of our tendency towards technological avoidance. But grizzlies rarely kill. They have little interest in humans and when encounters do get violent the grizzly is almost always defending itself, its cubs, or its food. The effects of a grizzly attack are purely physical; but how much more so do we defend ourselves against a Being, the very sight of whom could destroy us? If we invest so much energy, money, effort and existential angst towards bear avoidance, how much more effort do we put into avoiding the One who calls us to be crucified with Him and purge the things we hold closest to our hearts through rebirth?

Admittedly these are somewhat tangential questions, but they illustrate the existential import of our techniques of self-protection. If we are willing to go to such great lengths to protect ourselves from one exceptionally rare form of pain, how much has that approach to life been incorporated into all our experiences?

One more thing: I chose to use the example of the grizzly bear, not simply because the griz is such a source of fear and trembling in Northwest Montana, and nor did I choose the grizzly because it is so rare a source of danger to humans. Rather, I chose it because when one opens oneself to the grizzly, a powerful existential shift takes place. Doug Peacock served as a Green Beret medic in Vietnam. The persistent threat of violent death and his exposure to the brutal and nonsensical cruelty of war severely inhibited his ability to relate to life in an open and receptive way upon his return to the States. In his existential strife and pain he sought out the “empty places” on the map, spending his summers in grizzly country in the northern Rockies. After weeks of fear and anxiety in the home of the griz, he finally came face-to-face with one. In that encounter he had his magnum drawn and cocked, ready to defend himself. When he lowered his weapon and allowed the bear to go on his way a dramatic shift occurred in his psychological landscape:

“That night I slept soundly. A deep tolerance and appreciation had crept into my dreams, born of living with the most dangerous animal on the continent and embracing the inherent risk. It lifted the burden of dominion, leaving me strangely open and vulnerable.”[2]