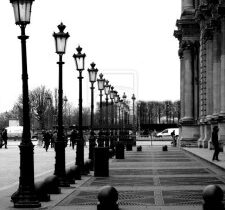 Vicky Beeching, Evangelical Identity, and the Clarity of Scripture

Evangelical identity, which has always relied on the doctrine of the clarity of Scripture, is being threatened by the growing rift in opinions about same-sex marriage. This may force evangelicals to discover something about hermeneutics which their brothers and sisters in other denominations have known for quite some time: that what seems ‘clear’ in the Bible is dependent on the perspective we have absorbed from our culture. 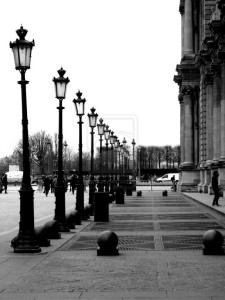 Vicky Beeching’s recent decision to come out has provoked a storm of opinion in the evangelical scene. The violence of the rhetoric is troubling from the point of view of Christian witness, as Ryan Cook has aptly observed. But such reactions are not surprising when we realise that, for many evangelicals, their very identity is being challenged.

Traditionally, evangelicalism has defined itself exclusively by means of the Bible. You can identify an evangelical as someone who believes what the Bible says, plain and simple. This kind of boundary-drawing relies heavily on the doctrine of the “perspicuity” of Scripture, the belief that the Bible is clear to the ordinary reader – at least, clear in the essentials.

So what are the “essentials” of evangelical faith? By definition, they are the things the Bible is clear on. So if anything in the Bible can be interpreted more than one way, it automatically becomes non-essential. Disagreement on an issue thus becomes its own basis for relegating it to secondary importance. As Vicky’s recent interview demonstrated, this logic forces traditionalists to continually reassert the clarity of the Bible’s teaching on homosexuality, and liberals to continually reassert the reality of multiple perspectives.

Both of these assertions dramatically miss the point.

First, contra traditionalists, to assert the clarity of Scripture is to assume that everyone who disagrees with your interpretation must be blind, stupid, or evil. It is like saying that the lamp-post nearest you is “clearly” bigger than all the others down the street. Anyone holding this doctrine may themselves be humble, but the doctrine itself implies a position of arrogance which is profoundly unChristian. It is also no way to have an argument with someone to say that your opinion is ‘clearly’ the right one.

Second, contra liberals, it is not enough to say that there are multiple perspectives on the Bible. Throughout the history of the Church there have always been multiple perspectives, and not all of them were considered legitimately Christian. The fourth-century debate about the divinity of Christ was not an argument about whether to believe Scripture, but about which interpretation was most Christian. Both sides quoted Scripture with equal enthusiasm. Even today, there are plenty of Christians who deny Christ’s divinity on purely biblical terms, which is a position more logically consistent with evangelicalism than we might be comfortable with.

Both sides need to face the reality that our cultural perspective has a bigger impact on our biblical interpretation than any of us would like to think. The lens through which we read Scripture is thicker than we imagined it was. To admit this requires humility, courage and honesty, as we turn inwards and face our own motivations for believing what we believe.

We are finite creatures with a limited viewpoint, and recognising this is the first step towards growing a more mature viewpoint. But fortunately, we are not alone. I believe that studying interpretations of Scripture in different cultures and ages throughout the history of the Church may expose some of the parochial assumptions in our hermeneutic. This is a fancy way of saying that the Christian tradition – considered prayerfully and humbly – may contain wisdom which is essential to help us interpret the Bible well.

My favourite evaluation of recent events is the already mentioned article by Ryan Cook.

There is some general wisdom and insight on sexuality in this powerful essay by Rowan Williams.

Wesley Hill has recently written an excellent analysis of some current trends in opinion.

Vicky Beeching has a list of resources (mainly for liberals) in her recent blog.

The patient, careful work of Matthew Anderson is a must read.

Finally, this blog has already discussed issues of sexuality – one by myself and one by Kevin.