Categories Menu
Home » Creation » The Nicene Creed: “We believe in one God…”

The Nicene Creed: “We believe in one God…” 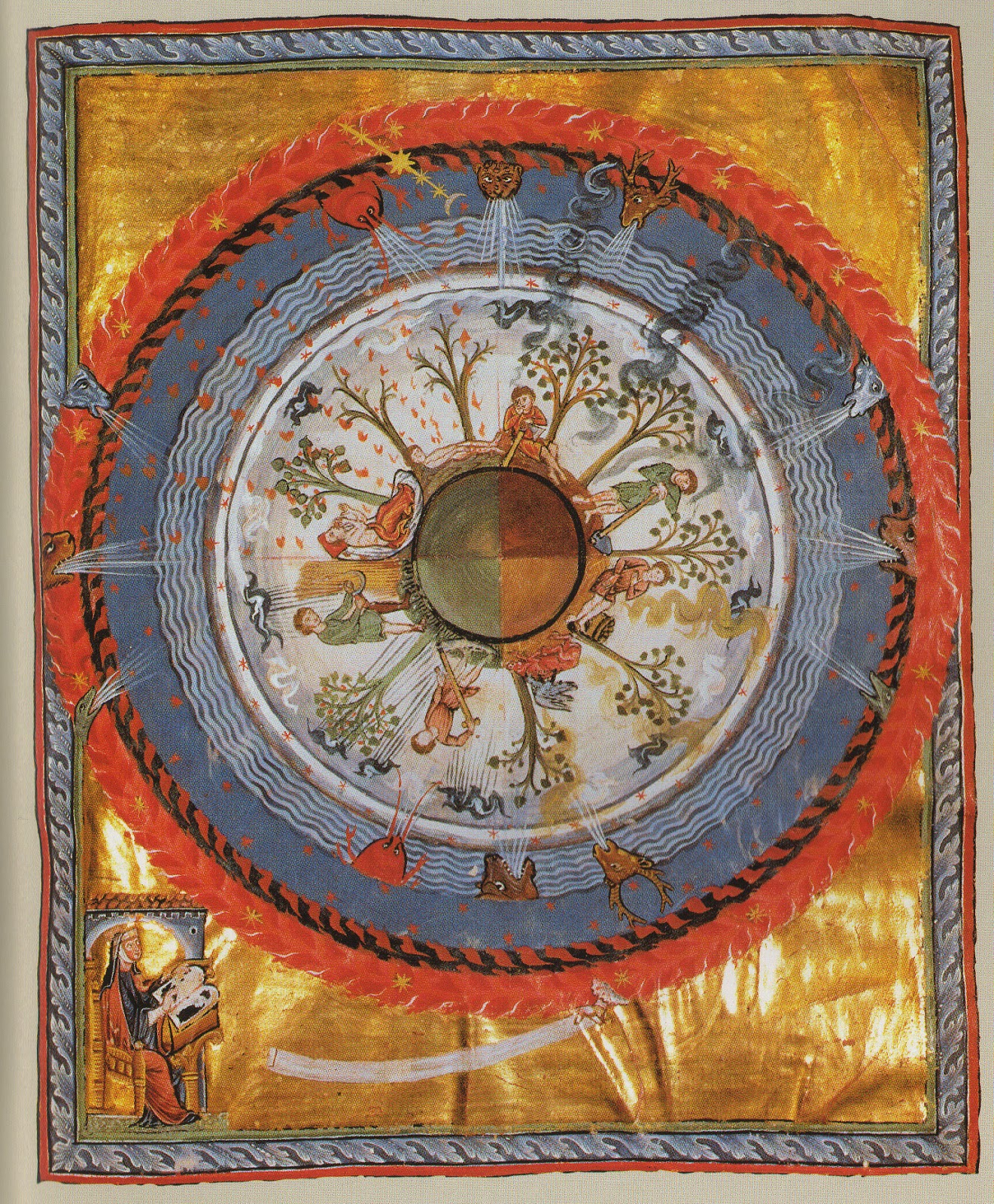 “God who has created all things…” from Hildegard of Bingen’s Book of Divine Works, Vision IV.

We believe in one God, the Father Almighty, Maker of heaven and earth, and of all things visible and invisible.

The catalyst for the Nicene Creed, as Alex detailed in his introductory post, was the question: WHO IS THE SON OF GOD? To enter into this historical discussion is to wade into a truly complicated and often descriptively oversimplified discussion of the Christological debate in the early Church.[1] The central question revolved around the issue of the divinity and humanity of Jesus Christ, the Son of God—was the Son a divine soul embedded within a human body? a moral exemplar, the best of what it is to be human but not divine? a divine person who only appeared to be human, but was not?

To begin the creed with the affirmation of one God, Father, and Creator, might appear at first glance to be concerned with something other than a Christological claim. But, as Hans Urs von Balthasar notes in Credo: “That he is Father we know in utmost fullness from Jesus Christ.”[2] The theological foundation for the Nicene Creed is the affirmation that the Son is one God with the Father (and the Spirit). Thus the greatest expression of God the Father is the incarnate Son—“God from God, Light from Light, very God of very God.”

The conviction that the Son was of the same essence as the Father (and the Spirit) reframes the entire history of the created order. Importantly, this reframing illuminates the sacred history of Christian Scriptures through an uncovering of the work of the Son in the work of the Father in the older testament.

To pronounce that “we believe in one God, the Father Almighty, Maker of heaven and earth, of all things visible and invisible” echoes two essential motifs of the Old Testament: the creation account of Gen 1–2 and the Shema of Deut 6:4, which proclaims “Hear, O Israel. The LORD our God, the LORD is one.” The affirmations of Yahweh as creator of all things and the one and only God does not get superseded by the Christian assertion that the Son is “true God from true God,” but instead draws out ancient Israel’s theology through the revelation of the God-Man.

An example of this recasting of sacred history is on full display in Book XI of Augustine’s City of God. Augustine writes: “It was of course the Father of the Word who said, ‘Let it be made.’ And since creation was effected by His speaking, there can be no doubt that it was done by means of the Word.”[3] The words of God in Gen 1 stand, yet they are also illumined from within through the recognition that God the Father of the Son is the key actor in creating and God the Son, the Word (Logos) of Father, is the effecting speech of the creating God. Thus the Gospel of John’s claim that through the Word of God “all things were made; without him nothing was made that has been made” (Jn 1:3) is not a rewriting of the Genesis creation account, but rather a deeper reading of the truth of the original creation account.

At the same time that the Christological debate raged in the early Church, the question of the Christian Scriptures was up for grabs and at the center of this debate was what, if any, value the Hebrew Scriptures had for the newly-minted Christian Church. This first line of the Nicene Creed sides with those who argued that this “new thing” revealed in Christ does not cast off the revelations and witnesses found in the older testament, but offers a profound illumination of these sacred texts.

[1] The Christological debate has garnered extensive articles and books that raise questions about how we are to understand the “heretics” versus the “orthodox” in the debate.