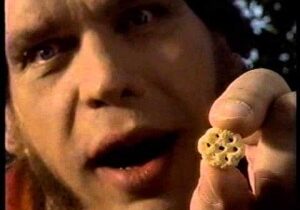 The Spectacle of Excess: Roland Barthes, Wrestling, and the Eucharist

In 1957, during his structuralist stage, Roland Barthes published a book of collected essays titled Mythologies. Barthes’ whole project in Mythologies was to analyze the structure of the myths that gave meaning to French culture. But instead of looking to the classic myths that gave rise to western society, Barthes examines the cultural milieu of mid-century France with unrepentant scorn. Barthes main critique, with the exception of wrestling for which he had a cheery fondness, is that mass culture numbs the mind while feeding the mouths of the bourgeoisie. In other words, the new opiate of the masses is the insidious religion of mindless consumerism.

Barthes criticism of mythology is based on capitalistic consumption. As a consumerist society we are trained to desire that which is owned only by the cultural elite. When we acquire this object of desire it no longer has the power it once had because it is consumable and accessible. It has become ubiquitous and ceases to have the same meaning it once had. Through ubiquity objects become myth: Hollywood represents America, wine signifies France, and Islam the Middle East. A cultural myth exists in only excess; it is something that goes beyond itself in making meaning. The very object is transformed into something grander and more profitable. For example, if I were to say “it’s as American as apple pie”, the apple pie as an idea has become excessive; it has grown beyond itself into something bigger than it actually is; in this myth apple pie has become synonymous with everything that makes America great. It does not matter that the British make better apple pies than Americans. Observable fact does not trump the excess. Myth is the means through which meaning is projected, unfolded, and consumed. Myth is the power that controls society.

This is not to say that all myth is destructive. Barthes begins the first essay in Mythologies, “The World of Wrestling” by defining wrestling as “the spectacle of excess.” On the same page Barthes comments, “wrestling is not a sport, it is a spectacle… True wrestling, wrongly called amateur wrestling, is performed in second-rate halls, where the public spontaneously attunes itself to the spectacular nature of the contest.”[1] The wrestling arena is a place where myth abounds. The characters presented are fully attuned to their particular role. Through their personas they portray an iconic image of “a real Human Comedy, where the most socially-inspired nuances of passion…always felicitously find the clearest sign which can receive them, express them and triumphantly carry them to the confines of the hall.”[2] For Barthes, true wrestling exists only in the spectacle of excess—an overflowing of signs where “the limits of the ring are abolished” and the experience enters into the spectators allowing them to participate in the grand eloquence of myth.[3]

In this manner, the spectator does not consume wrestling as they would a Hollywood film. Instead they are subsumed into the action, and they become willing participants in the drama that is played out in front of them. The power of wrestling lies in its repetition. A wrestling aficionada understands that the realness of a match does not depend on the opinion of the outside world but what it reveals about the outside world. While the grand theatricality of wrestling blinds the doubters to the veracity of the event, the true fan knows that the excess only establishes its truth and draws the enthusiast into a ritualized reenactment of what has already been, is now, and what will continue to be.

In the same way the Eucharist as spectacle stands against the saccharinity of overwrought consumerism.  It exists, appropriating Barthes, only “in the absolute, there is no symbol, no allusion; everything is presented exhaustively.”[4] In its simplicity and splendor it proclaims that our fulfillment is not based on how and what we consume, unless of course what we eat is Christ. The spectacular feast of the overflowing cup and the everlasting bread is “the key which opens Nature, the pure gesture which separates Good from Evil, and unveils the form of a Justice which is at last intelligible.”[5] In other words, the Eucharist transforms the partaker, and when they leave the church, when they leave the excess behind, they become, like the wrestler who leaves the arena dressed as an ordinary fellow, the key to understand the spectacle of excess: it is not who you are at the grand theatrical moment of transformation, it is who you become as a result of it.