Categories Menu
Home » Philosophy » How Should We Do Apologetics?

How Should We Do Apologetics? 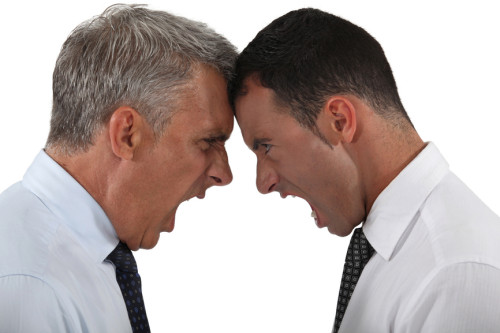 Throughout my life I’ve been simultaneously fascinated and repulsed by apologetics. As a teenager I wanted to help people (including myself) who had sincere questions about the Christian faith. But many of the apologetics books I read seemed overly confident and simplistic in their approach. They gave the impression that their answers were conclusive and final, that nothing more needed to be said on the subject. If that was the case, then why did so many people find these answers insufficient? Should we even want irrefutable answers to every question?

Furthermore, I grew up in an environment that often treated “faith without evidence” as a virtue, as if it was commendable to believe something without good reasons. To me, this seemed to obliterate the difference between Christianity and any cult that keeps control of its members by praising blind obedience and punishing honest doubts. But neither could I ignore the way the Bible praises faith as a virtue. What could it all mean?

What follows is a three stage journey towards what I currently believe about apologetics. The short answer is that I no longer see faith and reason as conflicting alternatives, but rather as mutually reinforcing one another, each essential to the other’s health. But this faith-reason alloy is also deeply personal: apologetics is best done from a place of vulnerability, in honest admission of the limitations of human understanding and knowledge.

Step 1: Can faith be proven/disproven?

Or, “Reason Without Faith”

Is there an “absolute proof” for or against any religion, be it Christianity, atheism, humanism, Islam, etc.? If so, then all we need to do is find that proof and the problem is solved forever. The same holds even if a religion is only “more likely” than alternatives, as long as this greater likelihood is objectively provable. 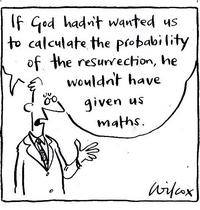 Many atheists, Christians, and Muslims take this view about their own beliefs. Its most obvious problem is that other intelligent, reflective people believe differently. We should be suspicious of any position which implies that those who hold it are more intelligent than everyone else. It is especially problematic when Christians take this position, because Christianity has never been a religion for the most intelligent (Matt 11:25; Luke 10:21; 1 Cor 1:18-19).

But such a problem is only a symptom of what is wrong with this view. Its cause is a mistaken conception of how knowledge relates to truth. It assumes that the existence of absolute truth means humans can have absolute ‘objective’ knowledge. But objective knowledge is knowledge without a particular point of view, a “view from nowhere”; it fails to recognise the unique perspective of the knower. In fact, all knowledge is embedded within a knowing mind that perceives and connects data in a unique manner. Before we have ever begun to reflect, our patterns of thinking are already formed by the plausibility structures given to us by our culture and upbringing. These plausibility structures make some things seem likely or unlikely at a preconscious level.

Therefore, nobody lives without faith. Faith means trust, and trusting something means living and thinking as if it were true. We trust things in two ways: either unconsciously, as we might trust a chair by sitting on it, or consciously, as we might trust a person who tells us about something that happened. But consciously or not, all our thinking and acting presupposes faith in many things. That is why Descartes’ attempt to doubt everything and start from the beginning was a failure: he began from consciousness (“I think therefore I am”) whereas our conscious thoughts are only the tip of the iceberg, the final result of much unconscious activity.

When we were little children we discovered that you cannot hide from someone by closing your own eyes. We learnt that there is a difference between “the way things seem to me,” and “the way they seem to others.” Similarly, to recognise the plausibility of another religious perspective is a necessary step of intellectual maturity. Ironically, this step leads to a more transcendent viewpoint, as we learn to see ourselves as if from a distance.

Step 2: Does thinking have no place at all?

Or, “Faith Without Reason”

If reason cannot replace faith, can faith replace reason? Should we believe defiantly, in spite of the evidence, seeing doubts as temptations to stray from the true path? Should we, like the apostle Paul, preach a religion of “faith alone”?

Christians often get in a muddle over this issue. We want to persuade other people of our beliefs, but we do not want to be persuadable in return. When taking the offensive, we insist that Christianity is reasonable and obstacles to belief can be removed. But on the defensive, we go back to the faith-alone standpoint, often without noticing the contradiction.

But if “faith alone” is good enough for a Christian, why is it not also good enough for a Muslim, an atheist, a JW, a Mormon, or even another Christian who believes differently to us? Thus to play the “faith” card is to put an end to discussion. Unfortunately, when reason is denied a role, honest debate is often replaced by coercion, power plays, and dishonest forms of persuasion. That is why so much that we call evangelism looks to the world like commercial marketing, which uses every tactic available to manipulate you into buying its product.

In short, faith without reason leads to complete arbitrariness without accountability, leading us to believe whatever takes our fancy and offer no reasons at all. Such was never meant to be a Christian approach. Besides, when Paul talked about faith, it was in contrast to works, not reason.[1] The faith/works distinction is not the same as faith/reason.

So if thinking is neither nothing nor everything, then how does it fit? What is the role of reflection, questioning, and argument?

First, I suggest that we see ourselves as always on a journey, never at a destination. My beliefs are “where I am now,” not my final, irrevocable conclusion. This doesn’t mean I can’t live according to my beliefs in the present – in fact, it would be impossible not to.

Second, we should be honest that we haven’t got all the answers yet. That’s okay: nobody has. This doesn’t mean being lazy about finding answers. We should at least take as much interest in other beliefs as we want other people to take in ours, otherwise our evangelism will be noticeably dishonest and inauthentic.

Third, we should discern the right people to trust, and work at becoming trustworthy people. The world is a complex and confusing place, with far more information than we can ever imagine or process. Most people believe what they do, not because they have been rationally persuaded, but because someone they consider trustworthy believes it.

In the meantime, we can argue for our own beliefs in the following three ways:

Faith is always a risk, but there is no risk-free way of living. Following Blaise Pascal, Ricoeur describes faith as a wager. At the end of his book, The Symbolism of Evil, he “wagers” that he will “have a better understanding” of the world if he starts from a Christian point of view: “I bet at the same time that my wager will be restored to me in power of reflection, in the element of coherent discourse.”[4]

Ricoeur goes on to liken his approach to that of St. Anselm, whose starting point was “faith seeking understanding.”

Such a wager is the contrary of an apologetics that pretends to lead reflection, without a break, from knowledge toward belief. A philosophy that begins with symbols proceeds in the opposite direction, in accordance with an essentially Anselmian schema.[5]

Faith is a lifelong wager. When we follow any set of beliefs, we are literally betting our lives that it is the truest way to live. Such a wager cannot be avoided, no matter what faith position we hold. But if we value our lives, we should remain open to having our beliefs – whatever they are – challenged and altered by others. This requires courage, honesty and humility.