Categories Menu
Home » Culture » #Blacklivesmatter: What does Christmas say about our nation?

#Blacklivesmatter: What does Christmas say about our nation? 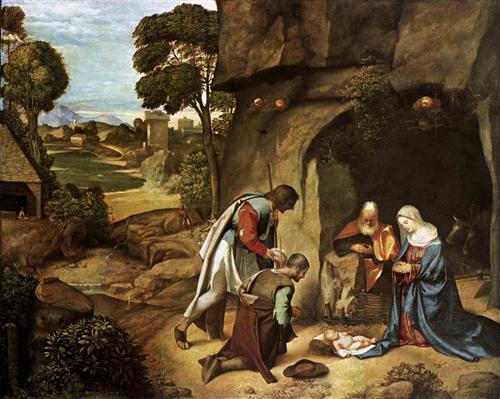 The Adoration of the Shepherds by Giorgione

It is the sixth day of Christmas as I write this post—the sixth day of a holiday that celebrates the truth that our God came to be one of us, to shine as a light in an evil world in order to save that world. This story raises our minds to the goodness of the transcendent God while simultaneously calling us to look at the realities of our world. For us today, on the verge of 2016, that reality includes a year filled with increased upheavals around racial injustice and a backlash against those upheavals manifest in such evils as police brutality and the presidential campaign of Donald Trump. In light of these upheavals, and in the face of Jesus coming as savior to rescue us from evil, it is incumbent upon those who claim Orthodox Christian faith to take a step back and look at the justice of the American system.

Before we look at that system, however, it’s worthwhile to take a moment to think about what the incarnation means for our conception of justice for human persons. The Christmas story tells us that the God of the universe became a human being in order to bring salvation to the whole of humanity. If there is any distinctive of the Christian faith, it is this story. This means several things. First, it means that there is one humanity for God to become. Second, it means that this one humanity has in common the need for salvation. As a whole, then, all human beings, regardless of our background, share the same dignity, the same beauty born from God, and the same brokenness coming from sin. What follows from this is that, all other things being equal, any given group of human beings should demonstrate the same propensity for good and evil. If this is the case, then we ought to see a just governmental response to those failings resulting in relatively equal rates of incarceration across all human demographic lines. Yet, this latter point is manifestly not the case in America.

Rather, in America, African Americans and Hispanics, who constitute one quarter of America’s population comprise over half its prison population. Outside of prisons, we have repeatedly seen black men subject to extrajudicial violence at the hands of law enforcement. The statistics bear out that this happens to them far more than to whites. Such disproportion of incarceration and extrajudicial killing clearly means that all things are not equal. These are the facts, they are not up for debate. The question then, is what these facts mean.

From what we’ve already established there are only two conclusions we might draw from this reality of disparity in America’s demographics—either there is something more depraved about African Americans, in which case there is no common humanity and Christianity is false, or else there is manifest racist systemic injustice in the American system.

Christianity is true. African Americans are not more depraved than whites. Rather, African Americans are experiencing injustice in our country, and orthodox Christians have a duty to divine justice to work to end this. Such a duty is more fundamental than any loyalty to “conservative” or “liberal” political alignments. So, if you’re someone (white) who identifies as an orthodox Christian, but you find yourself reacting from loyalty to “conservative” forces to defend brutal police action and mass incarceration, then you need to change something. When people of color declare #blacklivesmatter, or demonstrate against killings of unarmed African Americans, don’t ignore the systemic injustice they are pointing out by exclaiming that #alllivesmatter or calling the unarmed victim a thug. Don’t react by trying to find justifications for our prison population. Certainly, don’t support politicians who explicitly or implicitly endorse the status quo. In light of the plain facts of the case, orthodox Christianity does not leave room for you to deny systemic racial injustice in America. Instead, open your eyes. Where you have sinned—confess. And then, join in the work that Christ is doing in his salvation of the world and work to end racial injustice in America. I pray for a 2016 in which we see the tide begin to turn.