Categories Menu
Home » Philosophy » The Anxiety of Use: A Reading Behind Paul’s Epistle to Philemon 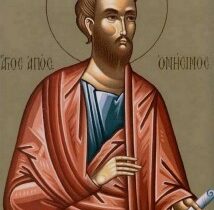 The Anxiety of Use: A Reading Behind Paul’s Epistle to Philemon 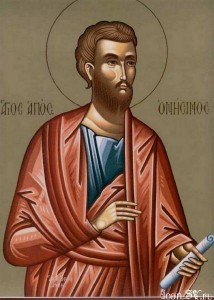 There is nothing quite like the particular anxiety that follows the good desire to be of use. To be of use, or the wish to fulfill a purpose, is a natural want that is born out of being in relationship with something outside the self. When I don’t feel useful, when I am not offering anything of myself to someone or something else, or when my offering is rejected and deemed unworthy, the malaise that ensues enhances the feeling of isolation that follows any rejection. To not be of use, or to be perceived as not being useful, is a harrowing and self-diminishing experience. This is because my self worth is primarily dependent upon a combination of social, familial, and cultural inclusion.

I struggle with anxiety. It is often a daily battle to not let it possess me, to not let it turn me against myself, and to not let it cut me off from those who love me. Anxiety frequently dictates my social engagements, how often I call my family, and supplies me with excuses to not intentionally connect with people. It stifles my writing. It cripples me from participating in the world and the life God wants me to live. This is because anxiety is the primary lens through which I view others and myself. To counteract this I have begun reading behind the text of the Bible. Reading behind the text helps me learn something of myself through the application of the text to my particular situation. It is not “proper” exegesis, per se, because it involves an imagining of the psychological state of the author or, in the instance of this post, the person whom the Epistle to Philemon is about. Nevertheless, in this particular example it is useful because it helps with the application of the text to myself and hopefully, in turn, it is beneficial to you.

Recently, when feeling anxious, I have been returning to Saint Paul’s Epistle to Philemon. The Epistle to Philemon is primarily about one individual, Onesimus, and his relationship to Paul and Philemon. From the context of the letter it is safe to assume that Onesimus had run away from his master Philemon. He also may have stolen something from Philemon to finance his getaway. Somehow, while on the lam, Onesimus ends up meeting Paul and converting to Christianity. Paul, after keeping Onesimus around for a while, decides to send him back to his former master with a letter in hand. In that epistle Paul exhorts Philemon to treat Onesimus as he would treat Paul himself, and gently hints that Philemon should free Onesimus in order that he may return to Paul.

After reading Philemon I began to wonder what Onesimus was thinking about when he was returning to Philemon with this letter from Paul in his possession. Up to this point Onesimus’ life had been a failure. He was a runaway slave who had no rights. As a slave Onesimus had been less than stellar. Paul verifies this by punning on the meaning of Onesimus, beneficial/useful, in verse 11. Formerly Onesimus had been achreston, meaning without use. There are two possible reasons for this that I want to highlight. The first is a literal interpretation. Onesimus was probably a bad slave; he was a runaway, and he probably stole something from Philemon. The second reason is the meaning I get from reading behind the text. Paul seems to be saying that if someone is solely defined as an object of use, if they are only acknowledged when they are beneficial to a particular situation, then it is not the individual who is at fault but the person who perceives them.

In the second half of verse 11 Paul is quick to contrast Philemon’s perception of Onesimus, achreston, to his own observation of Onesimus as euchreston: someone who is full of use. This wasn’t because Onesimus fulfilled some sort of compulsory role for Paul. (This is evidenced in verses 8, 9, and 14 where Paul reprimands Philemon by highlighting Philemon’s freedom to choose with the compulsion that is necessitated by the institution of slavery.) Instead Onesimus was euchreston because of who he is in Christ. Because of this new identity, in a startling reversal, Paul commends Philemon to receive Onesimus as he would receive Paul; essentially Paul is instructing Philemon to no longer view Onesimus as a slave. Instead Onesimus should be treated as a minister of the gospel.

Not only that, but in verse 20 Paul argues that in order to properly participate in the ministry of the gospel Philemon should turn into a type of Onesimus. In this verse, Paul asserts that he wants Philemon to become onaimen (a benefit). This is accomplished by laying aside the dictates of the law for a mandate of grace. A true Christian, Paul seems to be alleging, is defined by their love and compassion for those who are absolutely distinct from them. A Christian’s power and authority lies in their ability to identify and become like the least, the refugee, the impoverished, the imprisoned, and the oppressed–this is Paul’s final word as it is the final message we have from of Paul in the canon; therefore, we should understand it to be a summation of his ministry.

What Onesimus must have been feeling on returning to Philemon is open to speculation. I imagine that he felt anxious. Could he believe that everything that he had been brought up to think about himself was false? Could he trust in the fact that his importance was not up to how the world perceived him? Could he hope in the promise of Christ that slavery and other contingencies could not define him as a subset of humanity? I recognize this anxiety in myself. I believe Paul, a prisoner in chains when he wrote this epistle, did too. This type of anxiety is a lie, not because it doesn’t say something true about me, it does and that is where it gets its power, but because it does not say enough about who I am. I am not defined by my use. Instead in Christ I am defined by how I become Onesimus, a useless slave, so that I may become a benefit to all.