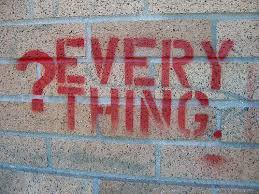 “One must necessarily choose between philosophy and the gospel”

“the best answer that can be naturally [i.e., without appeal to Revelation but relying only on philosophy] made to the question, “Why did God permit man to sin,” is to say, “I do not know; I only believe that he has some reasons for it that are really worthy of his infinite wisdom, but which are incomprehensible to me.”[1]

It’s not just anyone who can earn the accolade “superskeptic.” But according to scholar and philosopher Richar Popkin, Huguenot philosopher Peter Bayle deserved it. Voltaire would probably agree. Said Voltaire, “the greatest master of the art of reasoning that ever wrote, Bayle, great and wise, all systems overthrows.” Bayle has been described by scholars as “a positivist, an atheist, a deist, a skeptic, a fideist, a Socinian, a liberal Calvinist, a conservative Calvinist, a libertine, a Judaizing Christian, a Judeo-Christian, or even a secret Jew, a Manichean, an existentialist,” and there is some validity to each of these descriptions.[2]

Peter Bayle was born to a Huguenot family in 1647. He converted to Catholicism as a young adult and studied under the Jesuits in Toulouse. After he finished his schooling, he renounced his conversion and returned to the Protestant fold. He moved between Geneva and France until the Edict of Fontainebleau[3], after which he got a job at the École Illustre in Rotterdam. The Revocation of the Edict of Nantes in 1685 had a huge impact on Bayle’s life, and much of his work can be understood his attempt to lay bare the absurdity (both moral and logical) of this event. He is best known for his 1696 publication Dictionnaire Historique et Critique, “a hodge-podge encyclopaedia of intellectual curiosities, serious argument on a variety of topics, salacious stories, exacting textual scholarship, and much more that drew a readership hardly less diverse than its contents.”[4] This book was a best-seller and for about a century, Bayle was widely read. When he died in 1706 of a heart-attack most likely precipitated by tuberculosis, Bayle was putting the final touches to his Entretiens de Maxime et de Thémiste, a work which motivated Leibniz to write the only book he would ever publish, Theodicy.

Bayle used his Dictionnaire to critique all prior known theories and philosophies (probably not all, let’s be honest, but he was extremely well-read and no one was above his critique). In Bayle’s view, humans are inherently incapable of achieving true knowledge. His views on philosophy are pretty strong:

“It [reason] is a guide that leads one astray; and philosophy can be compared to some powders that are so corrosive that, after they have eaten away the infected flesh of a wound, they then devour the living flesh, rot the bones, and penetrate to the very marrow. Philosophy at first refutes errors. But if it is not stopped at this point, it goes on to attack truths. And when it is left on its own, it goes so far that it no longer knows where it is and can find no stopping place.”

I discovered Bayle through the theodicy class I am taking this semester. Bayle addresses the problem of evil in the Dictionnaire articles on the Manicheans, Paulicians, and Pyrrhonists. In these chapters, Bayle attempts to refute known theodicies by demonstrating the incapacity of reason: there is not a philosophical way to refute the Manicheans[5] that does not make God the sole author of evil. In fact, reason is on the side of the Manicheans because their theory better explains what we see in the world. Only faith gives certainty in knowledge and this certainty cannot be communicated (because it can only be communicated through reason and Bayle has clearly laid out reason’s imperfections) but resides only in the individual conscience.[6] All philosophy is useless; we cannot use it to answer the problem of evil. Bayle carefully and thoroughly evaluates theodicies from the perspective of predestination and free will, to name a few, and shows how each lead to considerable problems. He concludes that we cannot understand these things until we establish “the doctrine of the elevation of faith and the abasement of reason.”[7] Bayle’s claims were scandalous enough that he spent most of his life defending himself against charges of atheism and sedition.

It’s too much in this short post to go into depth on individual features of Bayle’s writing or to evaluate his arguments. But I want to leave you with what I appreciate most about Bayle: It’s not his salacious stories or his uplifting comments, as great as those are—“Properly speaking, history is nothing but the crimes and misfortunes of the human race”[8]—but rather his utter disdain for easy answers. His writings present a difficult and important challenge to all of us who want to bring together philosophy and faith. Bayle shows better than most that human life is complex. The problem of evil is difficult and shitty and challenging and Bayle doesn’t cheapen it with easy answers.

[5] The Manicheans believed in two primary principles that governed the world, one good and one evil. This belief was refuted most famously by St. Augustine and is considered incommensurable with orthodox Christianity.

[6] Bayle’s emphasis on conscience and skepticism are both tied to his view on tolerance. Bayle is a strong proponent of tolerance. Because philosophy can give us no certainty about any of our ideas, it all comes down to conscience (or the inner light of faith). According to Bayle, “intolerance is inexcusable among people who are obliged to saw that they have no better solution to offer than secrets impenetrable to the human mind, and hidden in the infinite treasury of God’s incomprehensible immensity…” Bayle, 277.