Categories Menu
Home » Ethics » Can Hermeneutics be Ethical? Ricoeur and the War 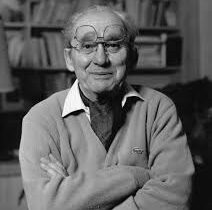 Can Hermeneutics be Ethical? Ricoeur and the War

A few weeks ago, Barney wrote a post about Ricoeur and his mistaken pacifism.[1] Barney’s article left me with questions that led me to do some research. This research, in turn, led me beyond the specific issue of Ricoeur’s change of heart to the broader question of the relationship between his philosophy and politics. 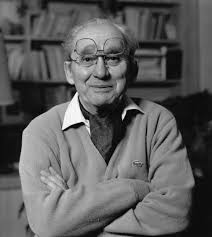 I found two pertinent articles: David Kaplan’s “Paul Ricoeur and the Nazis,” a response to “Paul Ricoeur as Another” by Richard Wolin, in which Wolin questions the political implications of Ricoeur’s hermeneutics, and relationship between his philosophy and ethics.[2] That Ricoeur changed his mind on a political issue in interesting; what is more interesting is the question of whether his passivity and (as Wolin sees it) pro-Vichy politics are the result of his philosophical views.

Pacifism in the inter-war years in France, John Taylor explains, stemmed from the French view of war—that another was likely.[3] Ricoeur’s pre-war pacifism arose from his doubt regarding the expansionism of European democracies (especially France and Britain) and from his hope of preventing future war. According to Kaplan, “Ricoeur’s pre-war pacifism stems equally from his religious convictions and his doubts concerning the virtues of existing democracies.”[4] For Ricoeur, a just war cannot be “ideological and defensive at the same time.”[5] Young Ricoeur was an uncompromising Marxist with respect to capitalism and political liberalism. The only difference between Marx and young Ricoeur, writes Kaplan, was Ricoeur’s religious faith and his pacifism.[6] His vision was for a peaceful resolution with Germany through a Socialist International.

We know now, of course, that such peaceful resolution never came. And, as Barney’s article explains, Ricoeur came to regret his passivity in the face of Hitlerism. Ricoeur has been up front about his regrets on this score. He admitted that until 1941, he admired parts of Vichy France—not the collaboration with the Nazis but the idea of inner renewal for France.[7] He regrets the time he spent fighting the “so-called fascists in Paris while the real fascists were in Berlin.”[8] France, he realized, should not have been disarmed.

Perhaps Ricoeur’s error was nothing more than the mistake of youthful idealism that had not yet encountered the realities of life. But Richard Wolin lays a heavier charge at Ricoeur’s feet: Ricoeur’s pacifism is not just a youthful mistake but rather a result of his philosophical relativism, which led to the “feckless lack of conviction” in his pre-war politics. According to Wolin, Ricoeur’s pre-war politics raise questions about the ethical adequacy of hermeneutics.[9]

Specifically, Wolin charges Ricoeur with “a relativism of incommensurable perspectives” and a covert, pro-fascist agenda behind his pre-war pacifist position. According to Kaplan, these concerns about Ricoeur are not new. As a pacifist, Ricoeur indicated some measure of praise for Germany in a 1939 article found in Terre Nouvelle. Confessing anguish for agreeing with one of Hitler’s speeches, Ricoeur nonetheless concurs with certain points regarding the hypocrisy of democratic institutions that feed expansionism. This is, of course, troubling, especially as this article was written in 1939, after the passing of the Nuremburg laws and the annexation of the Rhineland, Austria, and the Sudetenland.[10] Wolin holds (mistakenly, according to Kaplan[11]) that Ricoeur was, at that time, a Nazi sympathizer. Wolin further concludes that there is little difference, in relationship to political fascism, between Ricoeur’s hermeneutics and those of Heidegger or Gadamer.

Kaplan refutes Wolin on two fronts. First, he shows that while Ricoeur shares some critiques of European democracies and finds some agreement with the vision of early Vichy France, it is an utter mistake to construe Ricoeur as a Nazi sympathizer. Second, Kaplan disagrees with Wolin’s charge of philosophical relativism on Ricoeur’s part. Kaplan notes that Wolin’s charges are part of his larger project to show the connection between non-Modern philosophy and anti-Enlightenment politics: “Wolin argues that non-Modern, non-liberal philosophy undermines our ability to find any critical vantage point and thus flirts with both philosophical relativism and cultural conservatism.”[12] Kaplan does not evaluate Wolin’s critique of the hermeneutics of Heidegger and Gadamer, but thinks Wolin is off the mark in applying these critiques of relativism and anti-Enlightenment politics to Ricoeur. Wolin, echoing Habermas, holds that hermeneutics gives no guidance for which actions or interpretations are correct; all perspectives are equally valid because one cannot transcend one’s tradition. But Ricoeur himself, argues Kaplan, shared the same concerns.

Against Wolin’s charge of philosophical relativism, Kaplan argues that Ricoeur is a thinker for whom reason and philosophy are synonymous.[13] In his moral philosophy, “conviction precedes and follows rational argumentation.”[14] Against Wolin’s accusations of “uncritical reverence for pluralism,” Kaplan argues that Ricoeur is a careful thinker. Early Ricoeur unified Marxism and dialectical thinking. Later Ricoeur revised “his version of dialectical thinking in a way that contrasts (rather than reconciles) opposites and proposes tentative, imagined resolutions “as-if” they were actual.”[15] In a post-war article, Ricoeur distinguishes between good forms of universalism and bad forms, as well as good and bad forms of particularism. His project is to balance pluralism with universalism. Is this possible? That is beyond the scope of this post. But it does show, I think, that Ricoeur’s philosophy does not lead irrevocably to sympathy with totalitarian regimes, as Wolin is trying to argue. Kaplan acknowledges that some of Ricoeur’s pro-Vichy sentiments are part of his ongoing political views: “substantive, historical, social bonds are as vital in political life as abstract rights and rule of law.”[16] But I don’t think his agreement on these points demonstrates a necessary connection between hermeneutics and fascism, nor do I think Wolin’s charge of relativism applies to Ricoeur. Does this prove definitively that hermeneutics are ethical and lead to the “right” politics? Of course not. But it does, I think, show the failure of Wolin’s attempt to discredit hermeneutics on the basis that it leads to support for Naziism. Ricoeur’s hermeneutics don’t abandon universals. Instead, Ricoeur’s hermeneutics are a careful attempt to balance the particular with the universal.

[1] Of course, a lot hangs on one’s definition of pacifism. Building on Rosenzweig’s idea of pacifism as a “necessary equipment of war,” Bojanić argues that one can engage in certain types of preventative action (like shooting an aggressor) and still remain a pacifist. (Petar Bojanić, “Pacifism: Equipment or Accessory of War,” Philosophia (2013): 1047) This notion of preservation is also seen in the writing of Bonhoeffer (Michael DeJonge, “Bonhoeffer’s Commitment to NonViolence: A Response to Stanley Hauerwas,” JRE 44 (2016): 378-394) and Sartre abandoned his previous pacifism in light of the Nazi regime and argued (reluctantly) for the necessity of war (John Taylor, “Abandoning Pacifism: the case of Sartre,” J. European Studies (1993): 208.) Action even in war is not necessarily the opposite of pacifism.

[11] Kaplan quite rightly points out that agreement with certain points of critique does not constitute wholesale endorsement of a political ideal or institution.