Is ‘Suffering’ Still the Greatest Objection to Christianity? 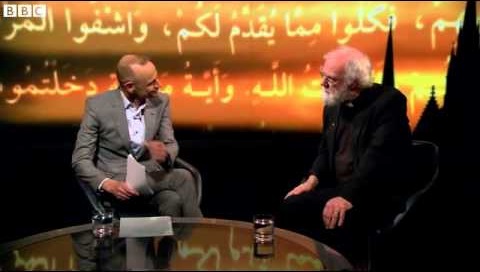 I want to suggest that over the last few decades there has been a slow decline in objections to Christianity taking the form: “How could an all-powerful, loving God allow so much evil and suffering in the world?” The question itself comes from a modernist culture which had a very high view of human intellect, and very little room for mystery (i.e. anything that is beyond human comprehension).

What has replaced it, in my experience, is a view which takes the form: “Religion is too dogmatic and constraining; it tells everyone what they should and shouldn’t believe/do, obstructing the freedom and diversity of true spirituality.” In a postmodern culture, where what’s-true-for-me is not necessarily what’s-true-for-you, the real problem is with anything that makes absolute truth claims affecting both of us.

The odd thing is that these two objections are almost the opposite of each other. In the past Christianity was chided for not having enough answers. Now it is chided for having too many answers. Previously the failing of Christian teaching was the gaps in its explanation of reality; now it fails because it doesn’t leave enough gaps – doesn’t give the individual their freedom to believe and do what they feel to be best.

We can see this dynamic at work in Stephen Fry’s recent outburst against Christianity.

Fry represents the classical modernist way of thinking, in which human beings have a bird’s-eye perspective from which to judge and evaluate God’s effectiveness in achieving ultimate good.[1]

A much younger celebrity, Russell Brand, has criticised Fry’s position in what I consider a near-perfect example of the postmodern attitude to God, religion, and spirituality.

Around minute 7:30 of the video, Brand begins his tirade against “dogma” and “religion.” Here are some of the things he says:

“The church was born of an alliance between an emperor and some radical rebels. It’s about … intellectual colonialism … materialistic, humanistic, dogma. That’s not spirituality, that’s not mysticism, that’s not the acceptance that we are temporary.”

Around minute 8:30 he gives his understanding of spirituality and God:

“From the quantum to the cosmic, there is an unknown force behind things. … Every dogma in the world has been trying to tackle and understand it … and no-one can.”

It has been truly said that postmodernism’s one dogma is to be against all dogmas. But modernism’s dogma is to be against all mysteries. Neither Russell Brand nor Stephen Fry can imagine a worldview in which dogma and mystery support and reinforce one another towards a common goal, like the sail and keel of a ship, driving it through the water by their seemingly opposing forces.

Christianity is what it always has been: a complex set of paradoxes which somehow hold together reason and faith, religion and spirituality, dogma and mystery, in a balanced tension. As a follower of Jesus, you find freedom in slavery, you save your life by losing it, you are insignificantly small and yet unbelievably important, and you will find true fulfilment in the end but not on your terms or in your timing. God is at once closer to you than your own skin and further away than the furthest galaxy; the greatest intellectual cannot comprehend him, but the smallest child can pray to him.

But although Christianity hasn’t changed, the culture around it has. Like a picture in a new frame or a piece of furniture in a new room, against this new cultural atmosphere different parts of Christian faith stand out and are noticed. One side of the paradox is accepted and the other side is rejected as unfitting, because Christian faith does not belong to the world.

Over a hundred years ago the literary critic G.K. Chesterton noticed the seemingly opposite accusations made against the Christian faith, and came up with a theory about why that might be:

Suppose we heard an unknown man spoken of by many people. Suppose we were puzzled to hear that some men said he was too tall and some too short; some objected to his fatness, some lamented his leanness; some thought him too dark, and some too fair. One explanation (as has been already admitted) would be that he might be an odd shape. But there is another explanation. He might be the right shape. Outrageously tall men might feel him to be short. Very short men might feel him to be tall. Old bucks who are growing stout might consider him insufficiently filled out; old beaux who were growing thin might feel that he expanded beyond the narrow lines of elegance. … Perhaps (in short) this extraordinary thing is really the ordinary thing; at least the normal thing, the centre.[2]

Chesterton was quite aware that this explanation doesn’t prove anything. The rest of the book is about how he tests it against other criteria. But it does show one thing for sure. Yesterday’s “most popular reason not to be Christian” is not today’s, and today’s will not be tomorrow’s. One of the best things we can do to gain some perspective over against the pressure of contemporary culture on our faith, is to read books outside our time period, as C.S. Lewis also noted.

[1] I am not saying that his objections should not be taken seriously. On the contrary, I believe we should think deeply about what it means to live in a world of such suffering and yet believe in a loving, all-powerful God. Such meditation can transform our whole way of seeing the world and our mission within it, as I reflected on in a previous post.