The Liturgy of Political Discourse 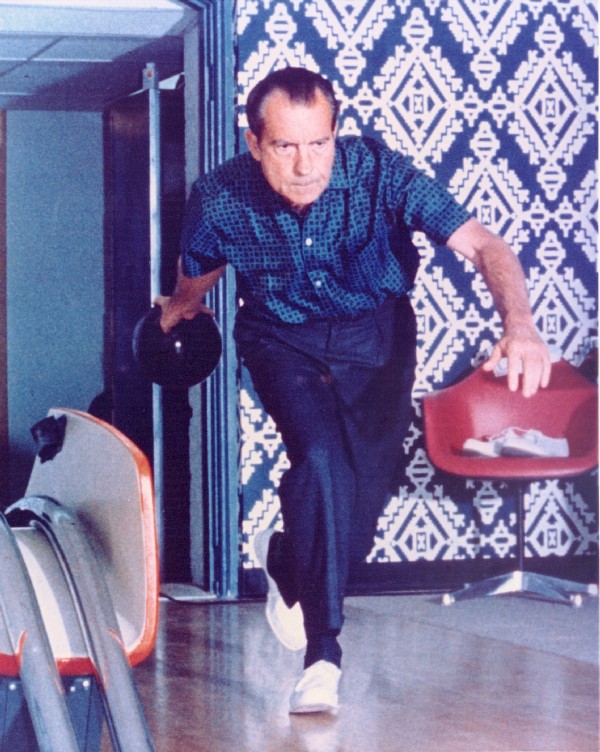 The Big Lebowski is one of my and my friend Tyler’s favorite films. It takes very little provocation to get us to watch it, and I’ve even had viewings as close together as a week apart. A film that’s been seen so much reaches a place of comfortable familiarity–one begins to laugh even before the jokes land, and it’s perfectly possible to finish lines (if you want to be that annoying guy). There is something like this that happens in the morass of American political discourse, though it rarely involves laughter. As one grows older, one is bound to notice that American political discourse falls into patterns. That pattern may shift as certain ideologies ebb and flow, but by and large it’s so familiar one feels one really could finish the lines before they’re said. This is particular noticeable as we get nearer to the next American presidential race and political debate begins to move from constant background buzz to the foreground of American life (even for those of us not currently living on American soil). Of course, this repetition is partially because there really are ongoing debates in our society. There are differing viewpoints with what often seem like intractable differences of moral judgment arguing about the future of our country. It’s natural that unsettled questions would tend to go around in circles. Yet, there’s another side of this familiarity that is worrisome to me. Debate is healthy in a democratic society, but often this particular pattern of discourse is not reoccurring discussions surrounding a contentious issue–rather, it’s a near liturgical dance of rhetorical flag waving. My positions is this, your position is that, and we both know the other’s view is evil. Oftentimes, we even begin to act like that guy, finishing the lines before they’re said. We stop listening and simply fill in the other person’s viewpoint for ourselves, biting back with well worn lines from our side’s political playbook.

This was brought particularly sharply to my attention in a recent Facebook thread on a friend’s wall. My friend had shared a thoughtful piece on what seems to be the unfortunate effect of Fox News on conservative America. It seemed to the columnist that Fox News was turning a certain breed of (mostly older) conservatives into bitter people incapable of living outside of a constant mode of fear and anger. The piece was not an attack on conservativism, but on a particular cynical media empire. There was of course pushback in the comments on my friend’s wall. Noticeably, though, much of it had very little to do with the content of the article at all. One person in particular seemed to be arguing against certain expected “liberal” rhetoric with the requisite “conservative” response. All of his comments came off as half of a conversation for which the other half was missing, but it was very easy to fill it all in because it was all terribly familiar and entirely not to the point (he would, for example, encourage us to realize that all of the social services we wanted came at the cost of a dangerously big government, never mind the fact that no one had said anything about social services). He is of course an extreme example, but I think he’s extreme only in the sense that he is a particularly radical representation of a larger societal pattern. In this pattern, as I said, political discourse becomes something like a religious liturgy.

In liturgical churches, we engage in a form of scripted call and response that calls to our minds the central facts of the gospel and unifies us in prayer. The priest calls out “Let us give thanks to the Lord our God,” and the congregation responds that it is “meet and right so to do,” and so forth. Properly engaged in, such liturgical repetition is a pattern that helps to form our identities together  around a central truth. The political liturgy I have been discussing has a similar effect. It tells us who we are–we know our parts well and easily fall into them. Yet, it is a liturgy that prevents unity and puts an end to any hope of real, informed, political discussion. The guy who finishes lines at a movie might be annoying, but the political line finisher is far more pernicious because he assumes the other person’s view and enters a place where it is impossible for him to listen. In the above mentioned Facebook discussion, there was no hope of real discourse once those who “knew” what our “liberal” position on Fox News entailed about our beliefs (never mind that most of us on the “other side” are actually conservatives). People fell into their familiar roles, and all that was left was anger and missed connections.

At the end of the day, I think much of our political discourse is not debate, but is precisely this kind of rhetorical rehearsal. I’m not sure what we should do about this, but I hope there’s something we can do. Perhaps pointing it out is the first step.