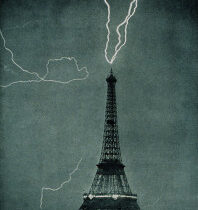 Civil Liberties are for the Ones You Hate 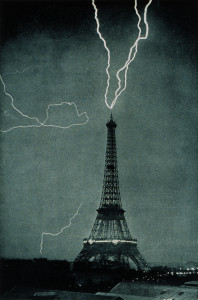 Civil liberties aren’t for you.

They aren’t for your friends.

They’re for the people you hate.

In the wake of the murders at Charlie Hebdo, many writers have pointed to the fact that it’s quite reasonable to detest the work of Charlie Hebdo and still believe they had the right to freedom of expression (and, even more fundamentally, the right to life.) These opinions recognize the fact that civil liberties come before the particularities of the people who receive those liberties. They recognize that liberty is enshrined in laws precisely to protect those whose ideas and lifestyles we might find detestable, but this is a point we too often seem to forget.

You see, we make civil liberties into laws in order to protect the fragile dream of a pluralist society. Pluralist societies depend on people and associations of different creeds being able to work together for a common political good. The problem is that we humans are not by nature comfortable with such an arrangement. It’s easy enough for us to band together around a common set of values that exclude those we disagree with, but as soon as we’re asked to get on with the work of civilization while people we vehemently disagree with are marching alongside us we want to shut them down. Yet, the pluralist society depends on their presence as much as ours and so laws are put in place to protect their right to be in our society.

A truly pluralist society is a society that recognizes human fallibility and builds a civilization around that recognition. It is as far from a theocracy as you can get. Just as many Western constitutions put checks on the powers of the government, civil liberties check the power of ideological groupings. The pluralist society assumes we’re going to get a lot wrong, and that the power of everyone, including the moral majority, needs to be limited because they just might get it wrong.

We wouldn’t need legally enshrined civil liberties if we had an unfailingly true vision of the good society. Likewise, we wouldn’t need them if only people we already like and agree with were using them. Instead, they exist for the people we wish would shut up and vanish. Because, at the end of the day, we–whoever “we” are–might just be wrong in our vision for society, and crushing those who disagree with us along the way would add to our sins.

This, however, gets us to the problem with pluralism–the whole society has to buy into this value. The whole society has to be willing to recognize its moral fallibility enough to allow even those it thinks heinous to have a voice. Of course, the actions of a few fanatics like the terrorists who assaulted Charlie Hebdo won’t bring down a pluralist society, but that doesn’t change the fact that pluralism is fragile.

And the dangers don’t just come from radical Islam. Many of them are much closer to home.

I remember a time in undergrad when some friends and I sat around a diner, opining as young over-educated people are wont to do on various societal ills. After a while of this, an older gentlemen came up to us and told us we ought not to speak so poorly of America, and that if we’d lived other places we’d know that it’s the greatest place there is. Besides that, he said, we should be careful; he wasn’t going to, but he had friends who would have put us on a terrorist watch list of they’d heard the things we were saying. We weren’t bashing America, by the way. As young and rash as we may have been, none of us would have thought to do such a thing. Instead, we were simply talking about certain problems with our societies view of the world. Yet, to this conservative fellow, that was tantamount to sacrilege against the nation, and potentially grounds for legal sanction. America is great because of its civil liberties, but if you talk wrong those don’t apply to you.

Nor are conservative attitudes the only guilty parties. Liberals too can be just as prone to thinking civil liberties are only for those they like. I think a clear example of this is the attempt in British Columbia to block accreditation for Trinity Western’s law program due to the fact that the school’s code of behavior excludes homosexual relationships. That such a code disagrees with liberal values is obvious, but as Trinity Western is a free association it ought to be able to express itself through such a code of conduct. A pluralist society should have room for the likes of Trinity Western, even if the moral majority find its values despicable.

Even the all to common notion of moral progress can stand in the way of true pluralism, because it assumes that the direction of society is some sort of destined thing, so that the moral consensus is unquestionable and anyone who disagrees is “on the wrong side of history.”

So the pluralist society is fragile, but it is, I think, the best we can do in the world as it is. We are morally fallible beings, so we need checks on the tyranny of the majority. We need civil liberties, we need them to be enshrined by laws, and we need to recognize why they are there so we can strive to uphold them. This requires a great deal of humility, but in the end it allows for a more humane civilization.