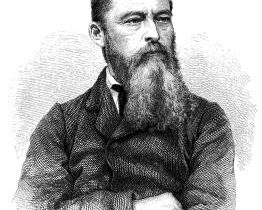 This is a guest post by Matthew, friend of Many Horizons.

As some of you may know, there is a man named Richard Dawkins who does not think that God exists, and who does not like this God who does not exist. Many of his books and statements draw him into the public discourse, and his large following of like-minded people who dislike this non-existent God has drawn him attention from such august publications as the Spectator. On the whole, Richard appears to be doing rather well for himself.

Our friend Richard has a problem, however; he is a young earth creationist.

This may require some explanation, as Dawkins does not like young earth creationists very much. As he commented in a recent interview, “They [young earth creationists] want to be seen on a platform with a real scientist, because that conveys the idea that here is a genuine argument between scientists. They may not win the argument – in fact, they will not win the argument, but it makes it look like there really is an argument to be had.”[1]

This observation, however, leads to an interesting problem. For while Richard himself is trained as a scientist (and ostensibly has valuable things to say within his particular field), he has gained his current stature from writing in a different field: theology. And if one is trained in theology, it will become clear almost immediately in reading Dawkins’ writings that he does not know or understand the field he is writing in.[2] As friendly neighborhood marxist Terry Eagleton writes:

“Imagine someone holding forth on biology whose only knowledge of the subject is the Book of British Birds, and you have a rough idea of what it feels like to read Richard Dawkins on theology. Card-carrying rationalists like Dawkins, who is the nearest thing to a professional atheist we have had since Bertrand Russell, are in one sense the least well-equipped to understand what they castigate, since they don’t believe there is anything there to be understood, or at least anything worth understanding. This is why they invariably come up with vulgar caricatures of religious faith that would make a first-year theology student wince.”[3]

As you might imagine, this is a serious problem. Who can rescue our friend Richard from this chimeric body of death? 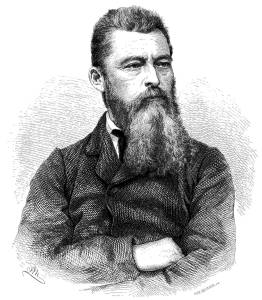 Thanks be to God — through Ludwig Feuerbach, our disbelieving lord!

Feuerbach, as some will know, is the fellow whose 1841 The Essence of Christianity was the inspiration for Marx’s ideas on religion, in which he recast the object of faith as not being any actual God, but rather a projection of man’s ideas about himself.[4] And while, on the surface, he and Dawkins may appear to share much in common, they differ in a very key point: Feuerbach really knows theology.[5] Having first trained as a theologian, Feuerbach’s subsequent dismantling of religious belief holds a level of knowledge and insight that is foreign to his contemporary counterpart, and as a result, his detailed explanation of how each facet of Christian doctrine is a beautiful projection of humanity’s desires carries a persuasiveness — even for the theologian — that only comes with the intuition of an insider.

Such an approach is constructive, and even potentially salutary, for all parties: for while Dawkins and his young-earth alter ego are useless to actual theologian and scientist, and a source of confusion for the passer-by, Feuerbach is none of these. In Feuerbach, the passer-by encounters not mere rhetorical facade, but indeed a genuine argument; those who disbelieve are equipped with their strongest ammunition, and learn the internal logic and even genius of the other side; and those who believe benefit perhaps most of all, as they must face the difficult questions of what they are indeed doing by their worship, whether it has any true referent or reality, or whether an idol cast of their own ideals has been substituted for the lamb of God, who had nothing in his appearance that we should desire him.[6]

[2] Dawkins admits as much in recent twitter post: “No I’m not an expert in ‘theology’. There’s nothing in ‘theology’ to be expert about. Anyway I’m busy revising for my degree in fairyology.” See https://twitter.com/RichardDawkins/status/631856937127256064

[4] This sort of argument goes back as far as Xenophanes in the 5th century BC; one well-known articulation and response can be found in The Silver Chair, the sixth book in C.S. Lewis’ The Chronicles of Narnia series.

[5] To illustrate the point, I first read Feuerbach in a course audited by the theologian Hans Boersma, and while many of us students were brought to an especially dark place by the force of Feuerbach’s arguments, Hans instead seemed especially chipper; when asked for his take on the book, Hans responded: “Oh, I loved it. He’s a real theologian!”

[6] As Alexander will tell you, Feuerbach is meant to be preached!

Matthew is a student in theology at the University of Oxford.

Latest posts by Matthew (see all)