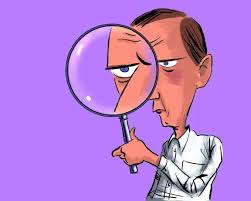 The title of this post is: What is proof? It could equally be called: In which Robyn does not disagree with Barney and Lance’s core arguments but feels rather nitpicky about certain details and is going to share those thoughts (in no particular order) with you.

Last week, both Barney and Lance touched on the issue of faith and the proof of God’s existence. As the source of all reality, Barney explained, God cannot be proven by evidence existing in that created reality. Lance follows up on this, stating that since God is the source of reality and cannot be measured by a method aimed at the natural world, theology and atheology represent a difference of paradigms, namely either hope or nihilism.

Barney and Lance make the following statements: there is no evidence for the existence of God (B), and scientific proof and theology should not be correlated (L).

I disagree to some extent with these two statements. I believe that there is evidence for the existence of God, though not absolute proof. I also believe that there is an important relationship between scientific evidence and theology that has a degree of mutuality (though Lance is right to say they aren’t correlated, because correlation itself is a scientific term having to do with the relationship between sets of data). I believe both of these for the same reason: God is not only the source of all creation; He also communicates through it.

First, a quick note about definitions:

Evidence is anything presented in support of an assertion. A piece of evidence can be strong, that is, the same as a proof. More commonly, however, evidence is weak, needing to be corroborated with many other pieces to establish proof.

Christians, as Barney described in his post, believe in a God who is the source of all reality. As such, there is no ‘evidence’ beyond God that could prove His existence. He gives the illustration of Othello demanding evidence for Shakespeare’s existence or Harry Potter wanting a spell powerful enough to reveal JK Rowling to him. In terms of the ontological relationship between these two examples, and our relationship with God, these examples have merit. Harry Potter, and the world in which he lives, is entirely dependent on his author, and the author stands outside of the created literary world. But there is an important difference. Rowling does not have any part in the story of Harry Potter. Neither does Shakespeare have any reason to break the barrier between author and character. But that is exactly what God does. Christians believe in a God who made humankind in His image and likeness. He made people to live in relationship with him, in union with him. Christians believe that God created the world, in fact all material reality, out of love. Moreover, the Bible tells us that God communicates with us through creation as well as through the Scriptures, and through the Incarnation of Jesus Christ.

Because of this, there is an important relationship between what science tells us about the observable, natural world, and what we know about the character of God. It is a central part of the theology of the 12th century school of St. Victor, as one example, that we can know God through His creation. Working from Romans 1:20, as well as other passages, the Victorines held that the invisible things of God can be known through the visible things of creation. This is a point alluded to by Barney, of course, when he says that “everything in creation shouts [God’s] existence.”

So, returning to the question of evidence and proof, I want to make a few points:

First, there is evidence of a sort for God’s existence. It is not evidence from ‘beyond’ God. Nor is any of it what I would call ‘strong’ evidence, that is, the same as proof. But because God communicates through the created world, we are given evidence about Him.

Second, Barney is absolutely right when he points out the confusion of disciplines. To think that the question of God is a question that can be answered by the scientific method is a mistake. The scientific method is self-limiting: it proposes to study the natural, observable world. Therefore, we should be questioning what criteria for “proof” we are talking about when we talk about proof for or against the existence of God. It seems to me that when we talk about evidence, we should be looking beyond only natural phenomena. For example, there is the evidence given by witnesses, namely the Scriptures. There is also the evidence of rational argumentation and justification, such as Anselm’s argument for the existence of God. None of these give irrefutable proof of the existence of God, but it would be wrong to dismiss them as non-existent.

Finally, of course, even with the existence of evidence, we cannot arrive at certainty. Or rather, some people arrive at certainty (that blessed assurance!) through their experience of God’s communication, but they cannot arrive at demonstrable proof. Barney says existence of God is a question of metaphysics. I would go one further. If God is the source of all reality, then how can he be conceived of by his creation, period? Philosophical metaphysics can no more arrive at proof of God than the natural sciences can. In that respect, Lance is absolutely right. It is a question of faith.