Categories Menu
Home » Theology » Will Liturgy Save Us?

Will Liturgy Save Us? 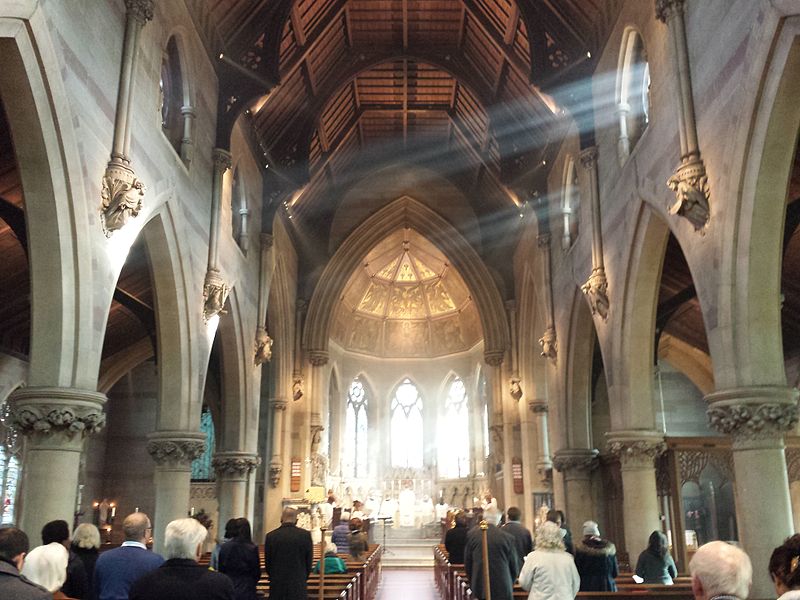 When I entered college, I left the church I had spent most of my youth in. Fairly quickly, I found myself in an Anglican church and developed a deep love for the beauty and theological richness of the liturgy.[1] So much that I had found frustrating in my youth seemed answered in the carefully thought out rhythms of that form of worship.

Being an individual chronically prone to philosophizing and theologizing, I naturally started to reflect on all the virtues that come with liturgy—how it teaches us as we worship, how it helps us avoid theological myopia, etc. I even became convinced of the notion that “the law of prayer is the law of belief.” Liturgy wasn’t just something I appreciated, it was objectively better. A big feature in this theory was a particular understanding of religious formation. It isn’t enough for us just to consciously acknowledge something, we need to have it constantly breaking into our lives and shaping us. Liturgy, I believed, had the power to do this.

I’m not alone in thinking this way. One could look, for example, at the ideas of James K.A. Smith, who has talked about how our world has “liturgies” that form us (such as the liturgy of the mall), and so how we need rich liturgies to counter these destructive narratives. Other thinkers have similarly argued that liturgy is necessary to save us from secularism and the practical atheism it entails.

This kind of thinking has also led many people I know, including myself at times, to have a sense of spiritual growth in having moved from “non-liturgical” backgrounds into Anglicanism or other “high church” denominations.

Yet, there is a problem with all of this theory—the facts don’t match it. One needs look no further than England or Quebec, two deeply secular societies who were not all that long ago dominated by strongly liturgical churches. If liturgy is supposed to form us into better Christians—how did this happen?

It probably isn’t the fault of the liturgy, but neither is liturgy, by itself, the solution.

The problem is that liturgy is powerful, but only when it fits into a network of other realities that give it its force (e.g. the commitment of leaders and parishioners to discipleship, solid catechism, the preaching of the Word, and, chiefly, the activity of the Holy Spirit).

Let’s look at the lectionary as just one practical example of this. I love the lectionary. I deeply appreciate that it forces us to encounter a broad range of Scripture. I like that it means, in the words of my mother, that “You get a good sermon even if the sermon is terrible.” Yet, if there’s one thing I’ve learned from the three years I’ve been at a (semi)liberal Anglican church, it’s that the lectionary is useless if separated from a larger understanding of the story of Scripture. On their own, lectionary readings are just a confusing bombardment of weird stories and nice sayings separated from the narrative of God’s covenant redemption of his people, and so they don’t make any sense to the average layperson.

I still love the liturgy, and I still believe there is much good it can bring us. I certainly think it is better to have carefully thought out liturgies over the accidental ones I grew up in. Yet, liturgy isn’t enough. Liturgy will not save us. Liturgy cannot keep our society from slipping away from God—not on its own.

[1] I am here using liturgy in the formal sense of a written out prayer book with explicit set forms. I realize that, in reality, every church has some liturgy or another