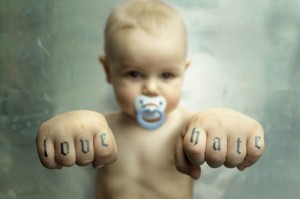 In Truth and Love?

What do we do when others sin? This has been, we learn from the letters of Paul, a question that has faced Christians since Jesus walked the earth. When and how do we intervene? What happens if the person is someone whose wrongdoings are obvious but they are further removed from us, perhaps a public figure or church leader? How do we balance kindness and love with truth? Speaking into the lives of others and condemning sin can disintegrate into hurtful meddling and conflict-inducing gossip. But at the same time, love often compels us to worry about the effect of wrongdoing in the lives of others. What do we do? I came across a wise and beautiful passage in my endless re-reading of Richard of St. Victor (my thesis buddy), which addresses this very question.

Richard of St. Victor writes about this in The Twelve Patriarchs, a book about the experience of the soul as it prepares for contemplation of God. The book is a sort of tropological interpretation of the sons of Jacob. Jacob represents the rational soul, his wives Rachel and Leah represent reason and affections, and the birth of each son represents the birth of a virtue in the soul. It is at the birth of Zabulon[1] that Richard addresses the question of dealing with sin in the lives of others. Zabulon represents the hatred of vices.[2] This hatred is good because it is a perfect hate, that is, a hatred of things that ought to be hated. This virtue, he explains, is rare. When it comes to addressing vice in others, those who have not attained this virtue make the following mistakes:

“Some, as if from the constraint of humility, do not dare rebuke delinquent persons. Others, in order not to seem to disturb brotherly love, fear to denounce sinners. And so others, in other ways, because they are unwilling to be zealous for the Lord, suppose this is virtuous, or they believe it is a virtue. But on the contrary, many persons, because without doubt they are acting in a spirit of fury, think that they act with the zeal of uprightness, and the things they enforce in truth from hatred of men, they think or pretend that they practice because of hatred of vices.”[3]

Two errors occur from lack of proper hatred: either we do not address the vice, or we act out of hate for the person, not the act or habit. It is clear that Richard believes that addressing sin in others is important. This zealous hatred of vices is held as a high good in his mind. But he has many caveats that demonstrate that the reason he holds this virtue in high esteem is out of love and concern for others, not a zeal for asceticism or control. Those who truly have this virtue, he goes on to say, will always pursue delinquent persons with compassion, not cruelty. This is the reason, he says, that Zabulon is born after both Judah and Issachar. Remember that each son represents a virtue. Judah represents the virtue of love. Therefore, no one can properly hate vice until they have first learned to love. Issachar represents true joy, the knowledge and experience of spiritual joys. These are the true joys of God to which a person is invited and called. They are the reason for hating vice. And so only one who knows love and has experienced these joys can properly hate vice. Love, Richard says, teaches the manner of rebuke, and true joy the reason for rebuke:

“And so Judah ought to teach the manner; Issachar the cause for reproof; so that with the moderation of Judah it is done in a spirit of leniency, and at the suggestion of Issachar it is done nonetheless for reason of benefit. Nevertheless Zabulon seeks their benefit and not his own so that insofar as he strikes delinquent persons, it is for benefit and not revenge.”[4]

Zabulon’s work does not end here, however. Rebuking those who are doing wrong is only one part of a true hatred of vices, according to Richard. Zabulon does not only rebuke, but he defends those same persons from temptation. He must work as hard to protect the person from evil. He must always “be more ready to bear evils than to move against evils.”[5] Zabulon is described in Genesis as the “dwelling place of fortitude” and Richard explains that this is fitting, since one who has true hatred of vices must protect, must provide shelter and defense to those worn out by the daily storms of temptation and deceit. Thus it seems to me that this responsibility of Zabulon makes it hard to rebuke someone who is at a distance from us. We must be in relationship with a person to both rebuke them and help them.

Finally, Richard makes it clear that self-knowledge is very important before anyone goes around rebuking others. We must first look into our own hearts and ask: do we have proper love for this person? Do we do this out of consideration for their benefit? Is it our hurt feelings and anger that drive this speaking, or is it concern for their well-being? Are we prepared to work hard not only to rebuke but also to help and protect? And most importantly: do we hate the vices in our own life with equal zeal?

[1] Not a spelling error; Richard uses the Vulgate spelling.

[2] Richard speaks much more often of vice than sin, because his focus is on habits and character rather than specific sinful actions (though the two are, of course, related).