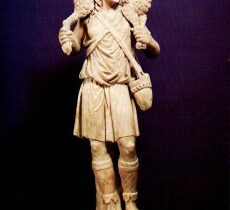 The Hellenization of Christianity

This article in Japanese 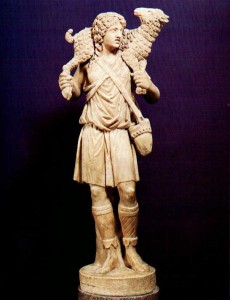 “The greatest problem with the early church was that it was influenced by Greek ways of thinking which have nothing to do with the Bible.”

The above quote expresses a view known as the “Hellenization thesis,” made popular in the 19th century by the theologian Adolf von Harnack. Today there are many Christians who still hold it. It is especially popular among biblical scholars, who contrast the abstract, precise, and timeless musings of the Greek philosophers with the more earthy, holistic, and historical approach of the Old Testament. For anyone with a high view of the Bible, it makes intuitive sense that our theology must be purged of influences that come from anywhere else. It also seems pretty natural to assume that the first Christians were negatively and unconsciously influenced by their surrounding culture.

However, this view contains some problematic assumptions.

First, it assumes that Christianity is untranslatable; that because God originally revealed himself to Jews, we can only think about God using Jewish frames of reference. As I said in my last post, this is an intellectual version of the Judaizing heresy, which forgets that one of the most radical revelations of the New Testament is that the Jewish God is now available to everyone without their having to first become Jewish, either in practice or in thinking.

Second, it assumes that you should only ask the types of questions that the Bible explicitly answers, and that we should be agnostic about anything the Bible doesn’t expressly talk about. The Greeks were interested in different things than the Hebrews; they asked questions about the origin and purpose of everything, about universal principles and laws, about the essence and nature of things both physical and conceptual. Because these questions were more abstract, they turned out to be more translatable for different cultural contexts, and thus more helpful for giving Christianity a common language to stay united at the same time as being culturally diverse.

Don’t get me wrong: I think both recovering the Jewishness of the New Testament and taking the Old Testament extremely seriously as holy Scripture are enormously important. I just don’t think that this project is incompatible with anything the early Church did in its appropriation of Greek philosophy. I don’t believe there is a conflict.

Third, and most importantly, this view assumes that the great thinkers of early Christianity, the Church Fathers, were less intelligent and self-aware than we are today; that they made simple childish blunders which we need to clean up 2,000 years later. In reality, any serious study of the church fathers shows how careful they were in filtering the ideas of Plato and Aristotle, sifting out the parts incompatible with the Bible and keeping the helpful parts. The god of Aristotle and the Christian God are so dramatically different that it is simply impossible for anyone who has studied them to say that the early Christians confused the two. But this didn’t mean that Aristotle’s analysis of four different “causes” for everything, or his development of an ethics of virtue, were equally unbiblical or harmful to the gospel. In short, the first Christians were not stupid; the Bible was their authority and they discerned which parts of their surrounding culture were and weren’t compatible with it. The result is an enrichment of ideas which have proved enormously helpful for Christians to understand their own beliefs better.

We need the same careful judgment today when we encounter different aspects of our own surrounding culture. To uncritically accept everything we read and watch leads to the dilution of our faith, and we lose everything about us that makes us, as Christians, different. But to uncritically reject everything that can’t be found explicitly in the Bible leads to fundamentalism, paranoid suspicion, and a refusal to recognise what is good and Godly in our own culture. Perhaps we can learn a thing or two from the way the early church fathers discerned good from bad in the Greeks, always using the message of the Bible as their basis for discernment.

Bentley Hart, David. The Beauty of the Infinite: The Aesthetics of Christian Truth. Eerdmans, 2004. (Page 32 says: “Too often modern theologians erect a disastrous partition between ‘biblical’ faith and theology’s chronic ‘Hellenism’, as if the Bible were never speculative or as if hellenized Judaism did not provide the New Testament with much of its idiom; Hellenism is part of the scriptural texture of revelation, and theology without its peculiar metaphysics is impossible.”)

Davison, Andrew. The Love of Wisdom: An Introduction to Philosophy for Theologians. London : SCM Press, 2013. (Pages 64-67 discusss this issue)