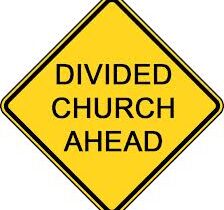 In the past week, both Lance and Barney have weighed in on the question of church unity. Lance raised questions as to the usefulness of a union between Rome and the Eastern Church. Barney took it a step back and evaluated whether church unity matters, a question which he answered in the affirmative for four reasons: 1. There is a distinction between diversity and division, 2. To avoid a myopic view of the gospel, 3. To sustain truth, and 4. Because it is in line with the vision of the New Testament. 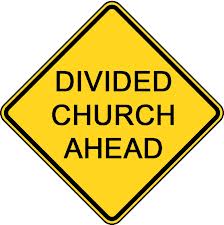 Lance’s post seems to raise the question of East/West unity simply in terms of doctrinal issues, and judges the possibly union by its ‘usefulness’. Since these churches are already so doctrinally similar, he suggests, what does union bring to the table? But were “same old issues” the real cause of division in the first place? It may be true that the union of the East and West does not add anything new to the doctrinal ménage. But does it not add something important: the idea that two sister churches, long divorced, could repent and reconcile? Should that not be cause for celebration for all Christians? In any event, the real question is what Lance touches on at the end of his article: “the very question of Christian union would need to be defined.” Because a fundamental question remains: what is (visible) unity?

This past semester, I had the (dubious) honour of grading 62 response papers to the book “Flesh of the Church, Flesh of Christ” by JMR Tillard. In this book, the Catholic theologian argues that because we eat the Eucharistic flesh of Christ (literally), and that flesh is the Church, and because the Church is the body of Christ, we, in the mystery and communion of the Eucharist, become the church. Thus, church unity is an ontological fait accompli. In the assignment, students were to answer the question: what would it look like if we adopted Tillard’s view in the church, be it a local congregation or the church universal. Some students took a utopian view: if Tillard is right, there will be all sorts of great things, incl. visible unity (though what that unity looks like was rarely defined). Others took a perceptive view of their protestant traditions: if they accept Tillard’s view, their denomination would cease to exist. Students were generally in favour of Tillard’s views because we all like unity, right?

But what is this unity that we desire? When it comes to discussions about church unity, I think there is a mistaken assumption that we all share the same definition. But the staid phrases of “diversity within unity” and “agreement with respect for difference” give little indication of practical meaning, or how remote a chance there is that an acceptable balance can be struck between the two (assuming that there is an acceptable balance, a tenuous assumption at best).  By visible unity, do we mean that we all are baptized? Or that we all bow a knee to the Roman Pontiff? Or that we all share the same confession? Or that we have the same denominational name on our church doors? Or simply that we practice Eucharistic hospitality?

The two major church splits happened around 500 and 1000 years ago, respectively. The churches involved have changed a lot since that time. In the East, the rise of the Russian Orthodox Church and the long persecution have resulted in changes. In the West, scholastic theology and Vatican II stand out in my mind. And the plethora of Protestant denominations reflects the many facets of protestant church beliefs. When we talk of church unity, then, it seems like there is much more involved than undoing these old rifts.

Amongst the confusion of talk around church unity, the most worrisome feature is that we (Protestants especially) talk about unity as if it were a human project. This article is too short to embark on a discussion of the relationship between human projects and God’s work in the world, but I believe it is important to think about how much we want to rely on ourselves to bring about unity. When unity is a human project, we run the great risk of oppression. One student gave an example of this in the Tillard response paper. This student was involved in ministry on the Downtown Eastside of Vancouver, BC and saw firsthand the damage that the unifying societal forces have had on people. This led the student to conclude that church unity, even well intentioned, would have no place for these people. Unity has too often been an excuse for exclusion and oppression.

To be honest, I am unsure of how much to directly support and work towards visible unity in the church. It seems that my options are either a theological fait accompli, as with Tillard, to which we submit (at the cost of the outcast) but has little practical definition, or it is a human project based (usually) on our ability to achieve doctrinal agreement. I propose that we call into question our understanding of unity, and admit our confusion. As we seek reconciliation, I believe that the best place to start is with hospitality.

It is hospitality and not visible unity that should be our focus. Hospitality focuses on welcoming the stranger. It allows us to ask others how they define unity. Christ-like hospitality is a posture of humility, not of power. It cannot force acceptance, because “a forced embrace would mean the loss of hospitality through the violence of the imposition of the host on the stranger.”[1] Hospitality is the language most often invoked when speaking of our relationship with the outcast and the disabled, because hospitality does not force these “outsides” into a unified definition of normalcy but welcomes their differences as gift. If, as Barney suggests, being aware of diversity so that we do not become myopic is paramount, than our first move should be that of hospitality: gathering together and listening to the stranger among us, and welcoming her with Christ-like love.