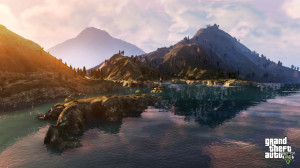 Video Games and the Incarnation

“Video games aren’t art because they aren’t incarnational.” This statement was made to a friend of mine at Regent College, and I heard many similar indictments against the digital world in my time there. While I would disagree with the sentiment, this article isn’t an attack on those who have made such statements, especially because there is no opportunity for them to clarify. Nor does this article especially plan on tackling the tricky issue of what is, or is not, art, though it will briefly discuss that. What I am most interested in here is the use of “incarnational” as the basis for art, and, more broadly, in our understanding of what it incarnation means.

Consider briefly the media of art.  Generally speaking, still images can be art, and music can be art. Text can also be art, and I think many of us would agree that films can be art. So it seems strange that with video games, which put all of these items together and allow interaction between the player and the game, we suddenly deny the their right to be called art. In a recent decision regarding the First Amendment protection of such games, the US Supreme Court rejected any distinction between video games and other more traditional forms of art. The plaintiffs alleged that the degree of violence found in some video games was cause for them to be placed in a class apart from other acknowledged forms of art, a category beyond the remit of free speech. In response to criticisms regarding the violent nature of video games, Justice Antonin Scalia, writing for the Court in the case of Brown v. EMA (2011), pointed to similar levels of violence in books and plays; the magnitude of violence cannot be the criterion for distinguishing art. They all should be, according to Justice Scalia, seen in the same light: “Like the protected books, plays and movies that preceded them, video games communicate ideas—and even social messages—through many familiar literary devices (such as characters, dialogue, plot and music) and through features distinctive to the medium (such as the player’s interaction with the virtual world).”  For American jurisprudence at least, communication is the key. This is worth considering, I believe, but the charge made above used “incarnational” as the true test of art. I will turn now to a consideration of that term and its use.

Incarnation literally means “embodied in flesh.” If we take that as the strict standard for art, then it’s down to performance art and weird rooms full of molding bacon. If we understand “incarnational” more loosely to mean “embodied in the material,” then we must ask what is and isn’t material.

Moving away briefly from the topic of video games, we should consider the nature of music. Generally regarded as an art form, can we rightly call music incarnational? The instruments are certainly material. They are usually played by people.  But is the sound that is produced material? Simply speaking, what we call sound is a compression wave. These waves travel through the material around us (e.g. air, concrete, wood, and water), and the effect creates what we know as sound (or, in some cases, music). If, hypothetically, a violin were played in the vacuum of space, there would be compression waves but nothing to compress, so there won’t be any noise.

What about video games? Like music, video games require physical instruments (i.e. screens and computers) in order for them to run. The images themselves are made up of light. Light, like sound, seems to us to be immaterial but that is not in fact the case. Light is electromagnetic radiation visible to the human eye; it is compromised of photons, which are subatomic particles. It does truly exist in the material world.

No experience we have is devoid of physical reality. We are inextricably enmeshed in the real, concrete world: this is the true meaning of incarnational. Our abstract thoughts and feelings are mediated through the seemingly infinite web of neural connections in the brain. One of the strongest concerns about the digital world—discussed in books like Nicholas Carr’s The Shallows—is its ability to re-wire our brain. That is a physical change! Everything is incarnational because we are incarnated. This is what it means to reject a dualist anthropology: in the here and now, in our created selves, there are no purely spiritual experiences, and there are no purely material experiences. To speak of incarnation is merely to describe basic earthly existence, nothing more nor nothing less. In the end, video games may or may not in fact be art, but the quality of ‘incarnation’ cannot be used to arbitrate its case.