Categories Menu
Home » Culture » We Were All Young Once 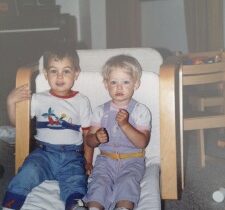 We Were All Young Once

But Jesus said, “Let the little children come to me”

Stanley Hauerwas is reported to have asked his Notre Dame class on marriage: why have children? The students, who could explain the detailed workings of marriage as a reflection of the mystical union between Christ and his church, were dismayed to realize that they didn’t have a good answer. The truth of the matter is that this question is not commonly asked because, well, its assumed that we all know the answer. Related to that question are two more important ones:

1. What is the purpose of children?

2. What is the goal of childhood?

In doing research for a paper on surrogate decision-making in the case of child euthanasia, I came across the research of Myra Bluebond-Langner, summarized in God, Medicine, and Suffering by Stanley Hauerwas. Bluebond-Langner is an anthropologist who studied children in Leukemia wards. She described the ways the children came to understand their disease, to form a sort of society, and to engage in ‘mutual pretense.’ This pretense, which encompassed doctors, parents, and patients, was such that they all would act as though the patient were not dying, though everyone understood that this was the case. The reason for this pretense, according to Bluebond-Langner, was because it enabled the persons involved to maintain their role in society. As Hauerwas summarizes, “In American society the primary task of children is to grow up.”[1] 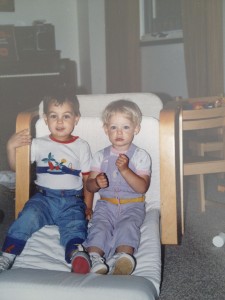 Fashionable idolatries of children and childhood have no place in the Christian life. Children—who will, in time, die just like us—are not “our hope for the future,” since our hope is in the Lord.[2]

A Christian understanding of children should not start with a goal, especially if that goal is simply “growing up.” It turns children into nothing more than a means to the desired end: a person capable of self-determination. Instead, a common starting point for Christian bioethicists when answering questions about children is the concept of gift. Over and against the commodification in the culture around us, Christians must look to children as strangers to be welcomed with Christ-like hospitality, not selected for perfect traits nor used to fulfill our desires.

[Shuman and Volck] argue children are not sophisticated pets, consumer items, or our hope for the future, but extravagant gifts to be received with gratitude, and they suggest that the practice best suited to encourage and train the gratitude with which we need to raise children is “hospitality toward strangers.”  Indeed, rather than being understandably ours, “children are always already strangers to us, springing from the womb with characters and callings beyond our control.” This insight challenges our jealous protection of our own plans for life and our tendency to see children as projects.[3]

It takes a village

With the importance of the nuclear family in our society, it is easy to view children as the property of their parents, and their parents alone. The “mommy-wars,” as they are called, worsen this conception by having any foreign involvement in a child’s life be one of judgment and condemnation. In contrast, Christians identified the church as their family, and declare all children to belong ultimately to God. One of the clear ways in which this link between church and family is displayed is in the role of godparents. Parents are not allowed to do whatever they want with their children; rather, they are accountable to the church, and to God.

If the purpose of children in American society is to grow up, the church must present an alternate society. This is especially true in the case of children who may never grow up, or who will never achieve the cognitive abilities necessary to be considered competent. Bluebond-Langner, in her discussion of “mutual pretense,” emphasizes that it exists to give meaning. Pretense allows children to pretend that they have purpose (will grow up), and allows parents to pretend that they can fulfill their roles as guides and protectors, though in fact they have no control over what is happening to their children. Without denying that children will (and should) grow up, the church must welcome children as they are, and affirm their value as children in the present moment. This makes true reciprocal relationship possible: “In welcoming children [as strangers] into our families, into our churches, and into the families we support and nourish, we become more than vulnerable, we become accountable to them. Children’s powers of observation are incentives to live up to our call, to embody the life we say we live.”[4]

Sorry, Folks: I have no answers

There is much more which can and should be said on this topic. This reflection was brought about because of considerations concerning the ethics of child euthanasia. There are countless questions left unanswered, but what has struck me forcefully is that before we can make good and faithful decisions about the death of a child, we must carefully consider what the life of a child means.