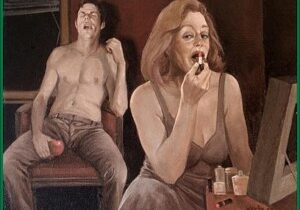 The Ontology of Shame 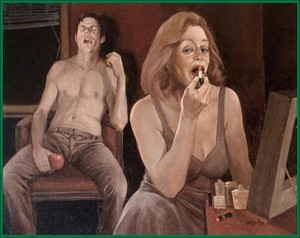 They were naked and not ashamed (Genesis 2:25)

We have all enjoyed being the purveyors of shame at one time or another. Shame is a powerful tool because it elevates the shamer over the shamed. When I experience shame it is because the way I view myself has been violated by one who I respect. The reason behind this is because shame, at its very core, is an ontological experience. When we undergo shame we are experiencing an attack on our conception of ourselves as beings in the world. When I shame another what I am actually doing is saying to them that their perception of themselves is flawed; the way they love, interact, and see the world is essentially wrong. To do this is to debase the image they have of themselves in order to elevate my perception over theirs, it is to make me feel better about myself, it is an act of violence intended to gain control.

At the end of the creation narrative in Genesis chapter two we read that Adam and Eve were naked and not ashamed. When the fall happens we read that Adam’s sin has imposed upon him a notion of shame. He viewed his nakedness as something vile and worthless. What exactly is going on here? Is Adam actually perceiving his nakedness as evil and wrong? No, instead Adam is seeing himself for the first time as a being whose essence has shifted, his being is no longer grounded in what God had given him, but what he had taken for himself; thus in order to escape his vile nakedness he transposes the blame onto Eve, shaming her, Eve then turns toward the serpent, and the powerful cycle of shame begins.

What this means for us, as children of sin, is we are lost. Our ontological foundation, our understanding of ourselves, has been fed into this cycle of shame and shaming ad nauseam—we no longer see the other for who they are, but for what they mean in the context our constructed worldview. In this cycle, the shame that we impose on others is an act of self-glorification—we make a simulacra of them and mock it, we do not see them for who they are (our copy is a non-being), instead when we shame we see them as objects of use.

This cycle of shame is one that can be broken only by taking on the shame of Christ. What Jesus did on the cross was to subsume our shame, our non-beingness, and transform it, along with our selves, into his self. When we claim to be Christians what we are doing is claiming that the beingness of Christ our savior and Lord is our being—in this act we are returning to the garden, we are becoming the new creation we see in Genesis one and two. Thus when Paul speaks of his unashamed nature in relation to the gospel, he is proclaiming that while we have lost our true essence, by glorifying our visions of God and our selves over and against what the Father has revealed to us, through the gift of Christ and the Holy Spirit, there is hope. After revealing to us the power of our shame (it is the epiphenomenal current that runs our everyday life), Paul exhorts us, his readers, to exchange the glory of our shame for the shame of the cross—in this shame  our true created being in Christ is restored. For it is only in Christ all the things we have used to define ourselves and others slowly fade away; it is only in Christ that there is no Jew or Gentile, no male nor female, no slave nor free, no homosexual or heterosexual; it is only in Christ that our actions can carry the meaning of the cross; it is only in Christ that our joy can be the shame of the cross. For in Christ we deny the machinations of the shame cycle by taking on the shame of the cross, declaring that the ultimate object of the world’s shame is in fact the glory of God. In this action our true being, our nakedness, is revealed to the whole world, and it is glorious, for it is Christ.

Therefore, as our eyes turn towards this approaching Lenten season, let us hope in the promise of the one who removes our shame by restoring us to our true being, a being that is not defined by differences, but by the table we all share. Let us go and do likewise by proclaiming this gospel to all who are heavy laden by shame, revealing to them the love and hope offered by a God who became man so that he could take our shame and reveal it as a sham.