Categories Menu
Home » Philosophy » Nothing but a Burning Light 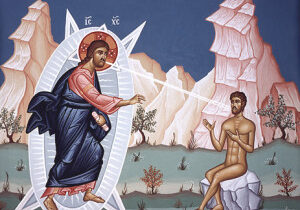 Nothing but a Burning Light

The subtitle of this post should be: In which I raise a bunch of questions for which I have no answers.

I was a child the first time I heard Bruce Cockburn’s cover of Blind Willie Johnson’s Depression era song, The Soul of a Man.  The haunting blues tune lends the perfect context for the chorus:

I was reminded of this question the other week as I put on the BBC Western Philosophy documentary while making dinner.  The show gives a brief introduction to Anaximenes of Miletus, an ancient philosopher who believed that our souls surround our bodies much as the atmosphere surrounds the earth.  Thus everything we physically encounter is actually first encountered by the soul.  While I am not sure I am convinced that this is correct, I am enchanted by the idea.  It is certainly more appealing than Plato’s notion that the soul is immortal, but trapped inside the material body. To achieve freedom and knowledge is to cast off the corporeal chambers and ascend.  While I am not a huge fan of Plato’s idea, I can’t help but be influenced by its pervasiveness in our culture and ideas.  I can’t help but think that my ideas of the soul being located deep inside stem from this notion of the soul trapped in its corporeal prison.  This was not the case for early Christian thinkers, like Gregory of Nyssa.  For Gregory, the soul was irrevocably fused with every atom of the body.  The more I think about it, the more I believe that the soul must reside in all parts of me. 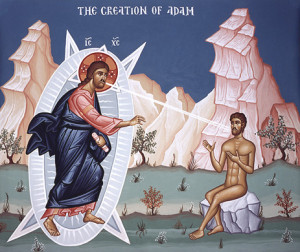 But what is the soul?  It has fallen out of favour these days.  We have moved from ‘Poor soul, the centre of my sinful earth’ to ‘I think, therefore I am.’  Bruce Hindmarsh, in a talk given at Biola University, explains the decline of the soul in Western history.  It is a story with which we should be familiar: the social and philosophical conditions of the early modern period led to a gradual anthropological (and cosmological) reduction.  Bruce discusses 5 key reductions of the human person: the thinking self (Descartes), the sovereign self (Hobbes), the empirical self (Locke, Hume), the choosing self (Hutchison), and the economic self (Smith).  This philosophical move is paralleled in everyday life, where the ordinary conditions of modern life imply an anthropology of mobility, resourcefulness, sovereignty, rationality, and agency.  We have been reduced from “infinitely sacred souls” to “compact modern selves” (Hindmarsh).  As Eugene Peterson explains, “the self is the soul without God.”  “The huge modern heresy,” according to G.K. Chesterton, is that of “altering the human soul to fit its social conditions, instead of altering human social conditions to fit the human soul.”

Of course, the reduction from soul to self is made possible (or at least far easier) by the fact that we have difficulty conceptualizing the soul.  Roger Scruton, everyone’s favourite grumpy philosopher, sums it up nicely in terms of consciousness:

“Consciousness is more familiar to us than any other feature of our world, since it is the route by which anything at all becomes familiar.  But this is what makes consciousness so hard to pinpoint.  Look for it wherever you like, you encounter only its objects….Not surprisingly, therefore, the thought of consciousness gives rise to peculiar metaphysical anxieties, which we try to allay with images of the soul, the mind, the self, the ‘subject of consciousness,’ the inner entity that thinks and sees and feels and which is the real me inside.  But there traditional ‘solutions’ merely duplicate the problem.  We cast no light on the consciousness of some inner homunculus—be it a soul, a mind or a self.  On the contrary, by placing that homunculus in some private, inaccessible and possibly immaterial realm, we merely compound the mystery.” (I Drink, therefore I am, 100.)

But is the soul just another way of dealing with consciousness?  Is the soul simply the “true inner me,” apart from all material considerations?  The Christian answer must be ‘no.’  For Christian theology, the soul plays an indispensable role in the divine-human relationship, as well as in the definition of human personhood.  Edwin Hui, after describing various strands of Christian thought, concludes that “all strands of Christian thought agree that…the soul and body form a single, unified existing nature.” (At the Beginning of Life, 39)  In Scripture, the soul is the indicative of life (unity of body, soul, and spirit).  In the Old Testament especially, the ‘soul’ (nephesh) was used to describe a whole, living person.  An immortal and immaterial soul distinct from the body is not part of Biblical teaching.  In early Christian theology, many of the Fathers (Origen perhaps especially) adopted the idea of the immortality of the soul.  And to a certain extent, I agree.  It makes sense especially in the works of those like Gregory of Nyssa, who believe the soul to be distinct, but ultimately inseparable from the body.  If we abandon the idea of the soul (as distinct from the body), what lives on in the intermediate state between death and the resurrection of the body?  Can we talk about the Communion of the Saints in heaven if we do not have souls?

What I can say with a fair degree of certainty is that, for Christians, the soul and the body are inseparable, and together make up the human person.  But what is the soul?  That is a question I cannot answer.  I promised you at the beginning that there would be few answers given, and I think I have lived up to that promise.  I leave you with a few more questions to ponder, as indeed I will: