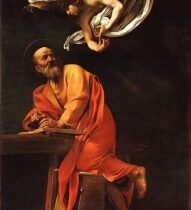 Biblical Authority and the Primacy of Gift 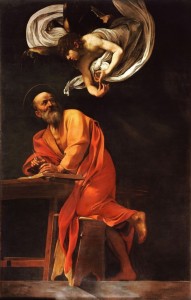 What I believe has been missing in the discussion on the authority of scripture is the notion of gift. Because scripture is living and breathing, because scripture is the revelation of God’s self to us, its very role in the lives of Christians is complicated. The three previous posts have pointed to this. What is needed is a discussion on the way scripture deconstructs us by presenting itself as gift. Because of scripture’s radical alterity, because it reveals the otherness of God, when we read scripture it confronts us with numerous questions about our being and how we relate to God and others. The primary question that scripture asks: “who do you say I Am?” resonates from creation to the eschaton, from Genesis to the Revelation of John. Scripture is first and foremost the gift of the revelation of God to us. Yet this revelation is seeped with the radical alterity of God’s self. The otherness of God opens up a gap between us and God, and it is in this distance that we can begin to understand ourself in relation to God.

The Bible isn’t just a narrative, it doesn’t just tell a story from a-z, nor is it just a  book of rules telling us how to live. The dynamic otherness of God’s revelation is a living and breathing reality that unfolds itself over time. This is what is challenging about the authority of scripture. We as children of the Enlightenment want to pare it down to its kernel, to its essence, but the fact that it is radically other, the fact that it is gift, does not allow us to do this. What I mean by this is when something is truly given it does not ask anything in return, but because of the nature of the gift it demands a response by calling us into being. In other words, the revelation of God through scripture is given to us freely; it does not require us to do anything. But because of its alterity, its radical otherness, the revelation of God, through scripture, reveals to us the nature of our selves, our essence, our kernel, and our radical otherness. It calls us out. In doing so it reveals our being in relationship to God’s being. How we relate to the authority of scripture has a direct influence on our being in the world.

The failure of 19th century theology is it took this revelation of gift, of our selves to ourselves, and projected it back onto the Bible and God. Thus the authority of the scripture became our authority, the essence of our selves became God’s essence, and the radical otherness of God got lost in the grandiose mimetic display of rationalistic and analytic achievement. They answered the question “who do you say I Am?” by paring God down to the essence of who they thought they were. Thus God became an historical projection, an anthropological being created as the highest good of humanity.

How can we counteract this anthropomorphized scriptural authority? The answer lies in how we are deconstructed by the text. For Christians, scripture is the revelation of the mystery of our salvation through Jesus Christ our Lord. Its authority lies in its inerrancy. (This may not be a popular thing to say, and how we should understand the inerrancy of scripture should be a blog post further down the line.) We participate in the inerrancy of scripture in the overflowing cup of saturated phenomenon. Because the fullness of God’s revelation is so beyond our understanding, because of the alterity of the gift, what we have in scripture is the full living revelation of God that draws us into itself and transforms us. In this it breaks down our categories of rational understanding, it deconstructs our epistemology, and opens us up to wonder. The affect of the gift transforms our understanding of authority. Because of gift, authority is now that which draws us up into itself, that which we submit to because we want to become like the giver—it has less to do with command and more to do with becoming. This transformation of the authority of scripture allows us to submit to the revelation as inerrant—for it is through this submission that we truly become like the giver, taking on His perfect being by understanding our own selves as gift. Thus our answer to the question “Who do you say I Am?” is a radical act of consenting to the divine alterity of the great giver. In this we recognize God as the divine Other who constantly gives His self to us through the revelation of scripture, thereby drawing us up into Himself, narrowing the distance, and allowing us to become children of God. Briefly put, scripture is authoritative because it is a gift that allows us to become more like God. It deconstructs our notions of our selves as solitary beings who participate in power games, and draws us into the resplendent otherness of God.