Categories Menu
Home » Culture » In Which I Pose A Series of Unanswered, Haunting Questions about Gender 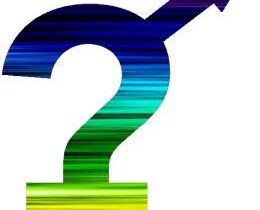 In Which I Pose A Series of Unanswered, Haunting Questions about Gender 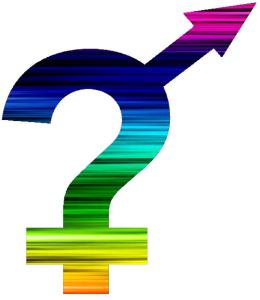 This is the fundamental question of feminism.[1] Are men and women fundamentally different? And if so, in what ways? If so, how ought society be structured?

Feminists, as well as people across the spectrum who don’t identify as such, have answered this gender question of equality versus difference in nearly every way imaginable. While one of the most salient features of feminist theory/criticism is that there IS no single (hegemonic) formulation of said theory/criticism, one can usually observe trends in the hectic diversity of opinion to discern which views hold sway in the cultural moment. For example, in many academic and legal circles, gender essentialism[2]—that which presumes the radical otherness of man from woman—is thought of as a relic of an older era of feminism, or at least as an unsatisfactory answer to the question of equality versus difference.[3] Saying that men and women are different in essence leads us straight into a quagmire of increasingly difficult questions such as:

According to a fairly representative cohort of German feminists (and large swaths of the philosophical community who accept the postmodern critique of western reason), the epoch of transcendental philosophy and of metaphysics is over, and since, in the words of Herta Nagl-Docekal and Cornelia Klinger,  “[t]here is no longer a heaven that would ordain the laws of human destiny; there is no longer a great book of nature out of which it can be read,” we can have no essential femininity.[4] Summarizing this position, the philosopher Sandra Harding concludes, “[o]nce essential and universal man dissolves, so does his companion, woman.”[5]

If we say, along with these feminist philosophers, that men and women are not fundamentally different beyond their most basic biological distinctions, then the choice left to us is to say that women and men are equal, the same, and in the most extreme articulation, genderless. But that takes us out of the frying pan and throws us into the fire.

If men and women are equal (i.e., essentially the same) and therefore contribute the same skill sets, dispositions, perspectives and sensitivities to any given sphere, then why need we worry about gender quotas in previously all-male sectors like corporate business, the academy, church leadership, and any other number of ‘public’ arenas?[6] If a male philosophy professor and a female philosophy professor—being equal and essentially the same—are capable of the same quality of research and teaching (because, on this view, all humans are equally rational, nurturing, communicative, emotionally intelligent, etc), then why need we struggle for an even distribution of (put crassly) vaginas and penises in a department’s faculty? If a man can preach as compelling a sermon as a woman, why need we worry about having them take turns behind the pulpit? If we’re all humans, indistinguishable in essence from one another, how do we conceive of, justify, and execute the fundamental liberal-democratic demand for identity-specific representation?

In the face of such questions, we instinctively strain against total equality and total difference; neither seems to capture our experience of the world. The German philosophers Nagl-Docekal and Klinger, whom I quoted earlier, would argue that the best way to think about gender is as “the effect of a discursive constellation.”[7] But what does that leave us with—networks of features which swirl in vaguely distinguishable clusters, and which mutate with time and cultural influence and material circumstance?

Unsatisfied with the ambiguity? Me too.

[1] Incidentally, the question of equality versus difference is the fundamental question of identity politics writ large. Much of the discussion around sex and gender roles could be analogously applied to issues of racial representation, ageism, etc.

[3]Conservatives (religious and otherwise) oddly end up on the same page as (some brands of) radical feminists about essential femininity, aiming to go back to nature to find its features and characteristics. While conservatives do so in hopes of maintaining a certain kind of family structure (e.g., woman as nurturing mother, man as rational head of household, etc), some feminists look for a primeval womanliness as a source of political or cultural renewal, even emancipation from patriarchal constraints on feminine life and its full expression.

[5] Sandra Harding, “The Instability of the Analytical Categories of Feminist Theory,” in Sex and Scientific Inquiry, ed. Sandra Harding and Jean F. O’Barr (Chicago: University of Chicago Press, 1987), 284. For the Christian tradition, particularly for Thomists and their philosophical antecedents, such an outright dismissal of ontology is not an option, but that’s a discussion for another post.

[6] For this profound (and disturbing) insight I am entirely indebted to my brilliant husband, Ryan Kelley, who can spot a paradox from a mile away, and who lets me plagiarize his epiphanies.

Latest posts by Eva (see all)