Categories Menu
Home » Philosophy » The Poet and the Philosopher: Enemies or Allies?

The Poet and the Philosopher: Enemies or Allies? 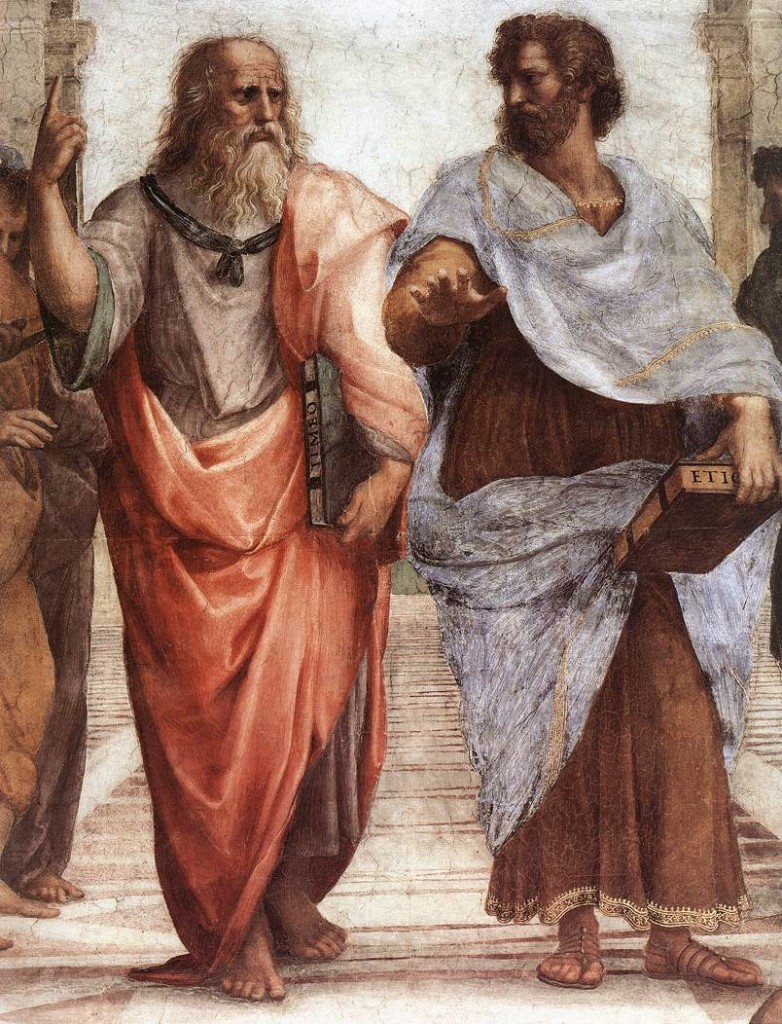 As The Sound of Music’s Maria Rainer once advised, “let’s start at the very beginning; a very good place to start”. In the tradition of Western philosophy, to which this blog pays obeisance, that beginning place is occupied by none other than the infamous, the illustrious, the (probably) sexist Plato. This Platonic primacy is true for sundry philosophical issues, not least the question of the nature and function of human language—a topic I have deigned to muse upon for approximately enough paragraphs to keep your rapt attention.

While the case can (and likely has) been made that questions of the nature of language appear in all of Plato’s writings[1], his dialogues Cratylus and Gorgias address those themes explicitly which, had he had the opportunity to hashtag them, would’ve appeared with items like #howdowordsmeanthings, #onomatopoeiarules and #sophistryismynemesis. It is my contention that the arguments of these two dialogues, while they appear to be in direct opposition to each other, are actually consistent.

In Cratylus, Socrates (Plato’s mouthpiece) argues that words resemble in sound and other features the objects they represent due to an ontological relationship between word and thing, rather than due to entirely social convention and custom, as his interlocutor Hermogenes asserts. Most modern people side with Hermogenes’s conventionalism about language, noting that most words in no way exhibit onomatopoeia, yet we do not doubt their representational capacities in virtue of this fact. We tend to think that ‘gato,’ ‘chat,’ and ‘cat’ all denote the four-legged furry creature with equal efficacy. Cratylus is the divine command theorist of the lot. He says names have divine origins, making them necessarily correct due to the total overlap of sign and thing.

Stuck somewhere between Cratylus’s extreme naturalism and Hermogenes’s extreme conventionalism, Socrates argues that words have a mediating function, in that their mimesis, their resemblance to the objects they denote, brings us closer to those objects, which in turn brings us closer to the ultimate Forms which those objects represent. Socrates says, “the best possible way to speak consists in using names all (or most) of which are like the things they name (that is, are appropriate to them), while the worst is to use the opposite kind of names.” As Catherine Pickstock notes, for Socrates, “words somehow bind different senses together”, such that our experience of language in relation to reality is a synaesthetic phenomenon.

Now, we may think Plato’s resemblance theory untenable, but if we agree with Hans Georg Gadamer (and the whole ‘linguistic turn’ of postmodernity) that we can only think things within language, then we do not have extra-linguistic access to reality. This means that, while there is no way to verify the onomatopoeic signification of words, there is also no way of falsifying it.[2] Again as Pickstock notes, “If we cannot think things without the words which we fabricate, then neither do we have access to those ‘given’ or donated things before the advent of language”. We can prove neither the arbitrariness nor the naturalness of language. However, regardless of the mechanism or means by which we think mediation happens (e.g. through social construction or through conformity to nature), we can agree with Plato that language does mediate our experience of reality. With such an elevated view of language as mediation, we would think that poets, rhetors, philosophers, and all wordsmiths would be held in equally high esteemed for Plato.

We move from the basic linguistic unit ‘word’ in Cratylus to the larger unit of ‘genre’ in Gorgias, a dialogue that discusses the nature of rhetoric and oratory. Gorgias asks whether rhetoric and oratory are moral crafts aimed at truth or amoral money-making endeavors aimed at flattery (or worse—deception). It may come as no surprise that our dear Socrates casts rhetoric and oratory into the second camp, upholding his own discipline, philosophy, as the craft of noblest pursuit, unencumbered by issues of deception and propaganda. He compares rhetoric to pastry-making or cosmetics, saying that these superficial adornments contribute nothing to the arts of medicine or athleticism[3]. Socrates fundamentally distrusts artistry in language, consistent with his distrust of visual art writ large, which he forbids in his utopian Republic, believing it to be a counterfeit of reality, a means of beguilement taking us further away from the unmediated Forms of things. (If ever you’ve lamented the crusty, dried-out style of the prose of analytic philosophy, you now know whom to blame).

John Locke shares this deep distrust of language artistry, yet articulates his dislike with characteristic style:

“The artificial and figurative application of words eloquence hath invented . . . are for nothing else but to insinuate wrong ideas, move the passions, and thereby mislead the judgment, and so indeed are perfect cheat; and therefore . . . they are certainly, in all discourses that pretend to inform and instruct, wholly to be avoided, and where truth and knowledge are concerned, cannot but be thought a great fault either of the language or person that makes use of them.”[4]

So we have the Socrates of Gorgias and Locke on one side: the side that completely rejects sophistry, mimesis, and mediation. The side concerned with things in themselves, which they seem to conceive of as monolithic, transcendent, and directly accessible. On the opposite side we have the likes of Walter Pater and Oscar Wilde, who quipped that, “Life imitates Art far more than Art imitates Life”, and that “the loveliness of such effects” like the view of fog rolling over the hills “did not exist till Art had invented them”. Put crassly, this side rejects truth in favor of beauty.

In comparing these two dialogues, we at first seem to see a deep inconsistency emerge in Plato’s corpus. His Cratylist position, on the one hand, understands words as mediators in virtue of their mimesis—they are almost sacraments, as they make objects present to us by signing them. His Gorgian position, on the other hand, rejects the role of the supreme language artist—the rhetor and the poet. If we look closely though, we see that in fact, Plato’s condemnation of rhetoricians aligns perfectly with his sacramental view of language. He esteems truth as the highest value; he believes rhetoricians (and ultimately, poets) deceive their audiences, and perhaps even betray words by divorcing them from their transcendent objects of references. Thus the language artist becomes the villain rather than the hero.

And so we’re left with the ultimate questions: can poets and philosophers ever get along? Can truth and beauty ever coincide? While Plato seems to think they cannot, I contend that they can. Poetry, narrative, metaphor; sometimes these communicate truth more effectively than proposition.

Prove it, you say? Well, we’ve run out of time. Consider this a cliff-hanger.

[1] N.B. No assertions are made here about Platonic authorship or which characters in the dialogues are intended as the ones who hold the ‘right’ view. Part of the pedagogy of the dialogue genre is this very ambiguity, left for the reader to puzzle out.

[2] I am entirely indebted on this point to Catherine Pickstock’s lucid Modern Theology article on the nature of language in Cratylus.

[3] I’m offended by this more as a lover of baked goods than as a philosopher arguing that linguistic artistry too conveys truth.

Latest posts by Eva (see all)