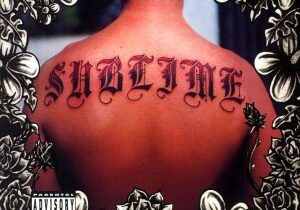 When philosophers talk about the beautiful and the sublime, they don’t mean those terms in the way of common parlance (meaning, respectively, pretty and supreme).  They are terms relating to the concept of aesthetics, an area of philosophy concerned with art and beauty. Plato believed that beautiful objects participated in the form of the Beautiful, i.e. there is a relationship between the form of an object, and the transcendental Form.  Aesthetics played an important role in the theology/philosophy of St. Augustine, Gregory of Nyssa, and St. Thomas Aquinas (among others). 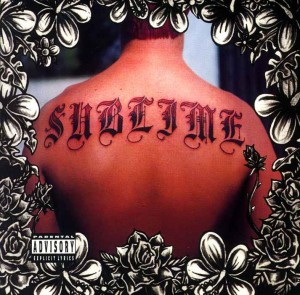 The concept of the sublime is more recent. Early accounts date back to Longinus, who lived in the 1st century AD, and his treatise On the Sublime. It was Immanuel Kant who became modernity’s voice on the sublime and the beautiful, and postmodern understandings of the sublime build off his ideas. The beautiful, according to Kant, is connected to the form of the object—recall Aquinas’ notion of proportion, fitness, and perfection. The sublime, by contrast, has no boundaries.  It is found in formlessness.

David Bentley Hart, in his book The Beauty of the Infinite, describes postmodernism as (among other things) narratives of the sublime.  He says,

Whatever the case, the discourses we tend to recognize as critically postmodern, however little else they may share, all come sooner or later to depend upon one or another account of the “unrepresentable,” the indomitably singular and eventual, the impenetrable and immemorial; and in each case it is this “reality,” which precedes and exceeds the fragile frozen present of representation, that is accorded an unquestioned critical weight: the unrepresentable, the sublime, is somehow “true,” while representation (whether eidetic or conceptual) must dissemble this prior and alien truth to achieve its quite necessary, but ultimately illusory, stability.[1]

Jean-François Lyotard devotes attention to the Kantian sublime in his book The Inhuman.  “The aesthetics of the sublime,” he explains, “comes about through the distension of beautiful forms to the point of formlessness.”[2]  For Lyotard, the sublime shows our conceptual limits: there is no stable representation or formal teleology.  Beauty is rendered meaningless, caught up in its own contradiction as the sublime witnesses to the impossibility of reconciling differing representations.  The sublime is the account of the unrepresentable.  Jacob Rogozinski describes the unrepresentable as chaos.  He explains that beauty, for Kant, is “the organization of chaos,” a schematization.  “Complacencies of the play of pretty forms: these comprise our cheap thrills.”[3]  The sublime, by contrast, tears us away from such schematizations, and “liberates the power of chaos.”[4]

This understanding of the sublime attempts to regain the importance of the particular and the multiplicity of the world around us, something considered ignored by the totalizing Form of the beautiful.  It is also part of the larger decline of an ontology of transcendence and the destruction of metaphysics.  As such, it ought not be ignored.  Its implications for theology are manifold, as much of theology has been grounded in theological aesthetics.  Formal teleology has played as especially important role, with many theologians looking forward to the beatific vision: the beautiful and pleasurable sight of God as he is.  This teleology has been the basis of not only theological presuppositions, but also ethics.  The sublime contests this.  Some may view this as a bad thing, something to be ignored if we are to be true to the faith.  I disagree.  Despite the challenges of this way of thinking, it brings an important correction to modernism (and modern theology).  The sublime has managed to capture again the mix of pleasure and fear we feel when encountered with terrifying and wild things (God included, I think).  Most importantly, it forces us to question whether we can order the world rationally, whether we can, in fact, conceptualize everything.