Categories Menu
Home » Theology » The Nicene Creed: “one baptism for the remission of sins.” 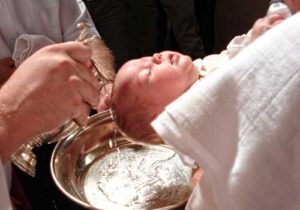 The Nicene Creed: “one baptism for the remission of sins.”

“We acknowledge one baptism for the remission of sins.” 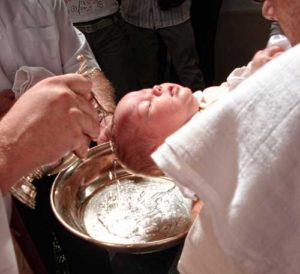 I do not remember my baptism, and because regular church attendance was not an essential part of my childhood, it was not until I was 20 that I became concerned with the event. Upon returning to the faith when I was 18, I considered being rebaptized. The evangelicals I spent time with did not seem to care either way. Reflecting on that time of questioning, I suppose I felt like I was missing out on an essential Christian experience—a sort of profound experience that I could easily say was the moment I encountered the divine. I did not know at the time how profound my baptism really was.

Paul states that to be baptized is to be buried and raised with Christ (Col 2:12, Rom 6). The cross is the lens from which we interpret the power of baptism. To take baptism seriously, then, is to speak of it as a crucifying death; Basil of Caesarea asks how we are to enter into the likeness of Christ’s death, stating:

There is only one death and only one resurrection, of which baptism is the figure. That is why the Lord established the covenant of baptism, which contains the figure of death and life, the water being the likeness of death and the Spirit imparting life.[1]

Olivier Clément calls the immersion baptism the “total immersion into the choking water of death.”[2] But this water is lethal and a source of life, bringing death and resurrection.

This is seen especially in the ancient tripartite baptismal formula. There are three “do you believes,” all of which pertain to the Trinitarian nature of the Christian faith. Ambrose of Milan beautifully explicates the symbolism here.

Born anew, the baptized Christian reenacts three days of Christ’s death, all at once revealing the trinitarian nature of cross and resurrection. It is Good Friday, Holy Saturday, and Easter, all in single rite. Christ’s resurrection in the Spirit is analogous to our own. Receiving the Spirit is to part of the Church, to be given entrance into cruciform community. Baptism, then, is as much new life as it is death. The old Adam has been drowned, and our life as a new creation begins. Though baptism is entrance into the Christian faith, it must be cultivated. This living and dying is a daily event. It cannot be separated from the liturgy, Eucharist, confession, and communion with the greater Christian community.

Why, then, is there one baptism? The first reason that comes to mind is that the work of God is effective. Christ needs to only die once, to swallow sin once, and to resurrect once. The mechanism for this one baptism also affirms infant baptism. Many would assert a lack of reason or intelligent decision making on the part of the believer would make a baptism ineffective, but this seems to go against the symbolism inherent to baptism. God’s effective work has never depended on us. God had to deal with the human condition—all we could do is perpetuate it. Thus, baptism as death is less about decisions, and more about God’s saving work despite ourselves. Indeed, baptism is so effective that it does its work even in our most fragile state. We are one in this fragility as sinners and one as reborn people in Christ.

When the many churches stand on Sunday recite the Nicene Creed, there is a unity of the body that spans across geography. And yet, reciting the Creed is also a personal confession, serving as a reminder of your own baptism and inclusion into the Christian life. “One baptism for the remission of sins” speaks inwardly, proclaiming loudly, “remember your baptism into the work of Christ, who is of one essence with the Father, who died for your sins, and defeated death for your sake, and gives to you the promise of your own remission of guilt and sin.”