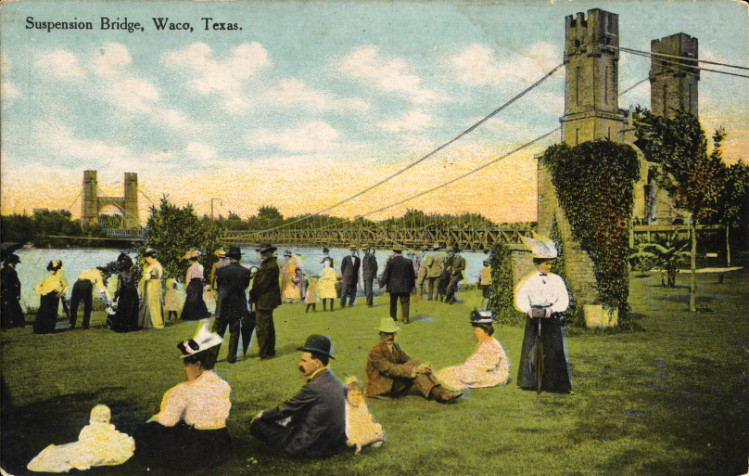 100 years ago, two miles from my house, seventeen-year-old Jesse Washington was lynched just outside the courthouse in downtown Waco, Texas.[1] What came to be deemed nationally as “The Waco Horror” was caught through gruesome images of Washington’s charred body hanging from a tree with a crowd of thousands in their Sunday-best encircling the scene. One of these images (warning: this image is graphic) captures the face of a young man smiling a benign smile that could just as well be made in a school photograph or at the sight of one’s crush on a first date. The smiling young man beams out from the bottom right corner of the image. Just to the left of him, there is a tree and hanging from it is the barely recognizable remains of a man.

It is worth taking a moment to state the obvious: those in positions of societal privilege are much less likely to recognize the evil in our midst and in ourselves. This is a kind privileged ignorance. When we find ourselves among the lynching crowd and not the lynched, the horror can be lost on us. And often is, as can be seen in the indelicacy of the proclamation that “all lives matter,” when it is the black body that is treated as though it matters less than a white one.

Now, our ability to stand apart is, of course, unsurprising. For “the heart really is deceitful above all things and beyond cure. Who can understand it?”[2] When I look at that picture of the young man in a crisp white shirt, I cannot understand it. When I allow myself to consider for that terrifying moment how I ignorantly and willfully participate in my own forms of perpetuating even delighting in evil, I cannot understand it. But I know it is true.

We like to see ourselves as part of the crowd that welcomed the God-Man into Jerusalem with palm branches signaling his triumphal entry into the holy city. We do not like to identify ourselves as the same crowd later that week who cried “Crucify him.” It is entirely fitting that often the ashes that streak our foreheads and initiate us into the Lenten season of the bruised heart are made from the ashes of the palms from Palm Sunday: behold your wickedness.

In his Summa Theologica, Thomas Aquinas notes what was accomplished in Christ’s Passion: “As Christ’s slayers were men, so also was the Christ slain. Now the charity of the suffering Christ surpassed the wickedness of His slayers. Accordingly Christ’s Passion prevailed more in reconciling God to the whole human race than in provoking Him to wrath.”[3] We are Christ’s slayers. Our wickedness is not minimized in the Passion event. Instead, Thomas emphasizes that Christ’s charity, his love, surpasses our wickedness. Our wickedness, seen not only in the mob that cried out “Crucify him” two thousand years ago but throughout the centuries and in my case down the street, must not be forgotten if we want to do justice to the Christ event. We can only grasp the profundity that Love came down, becoming one of us, being crucified by us, and raising both himself and us from the curse of death if we behold our wickedness that God’s love surpassed.