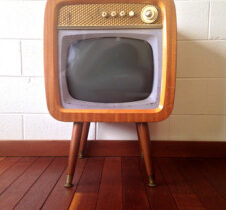 What Hulu Can’t Do 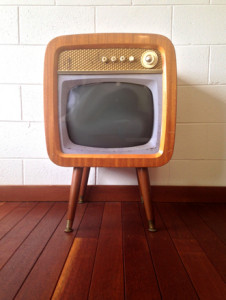 Let me begin by casting off any pretense of judgment towards a Saturday afternoon spent watching Gilmore Girls while the sun shines gloriously outside. One of my “incentives” for reaching a days reading or writing goal often involves a couch, two cuddly dogs and the most recent episodes of Once Upon a Time, I must admit.

But, I also admit that a day of binge watching on Netflix does not compare to the times when I spend an entire day immersed in a novel, bottomless cup of coffee in-hand. There is something the pages of a book offer that the television screen cannot.

What I propose here is not revolutionary, in fact, it may seem quite obvious to some: consider this a reminder of our imaginative capabilities to indwell fantastic worlds.

In The Act of Reading, Wolfgang Iser discusses a particular kind of imaging that occurs in reading. Its particularity resides in the fact that when we read narrative fiction we imagine worlds that are independent of any direct perception of the image. That is, my imagination is free of an external object to which my own formulation must build off of. Of course, when I read in G.K. Chesterton’s The Ball and The Cross of a man named Turnbull who is described as “a fiery little Scotchman, with fiery, red hair and beard,” I use my knowledge of “red,” “hair,”“beard,” and, particularly “fiery little Scotchman,” to help build the my image of Turnbull. But, these descriptors are not tied to any one particular of that red, hair, beard and Scotchman. It is up to me as reader to build that formulation. And, no doubt, no two reader’s Turnbulls would be alike even with the same descriptive features. Now, compare that reading of Turnbull to what some of you might have experience after reading JRR Tolkien’s and before watching Peter Jackson’s The Lord of the Rings. Compare your pre-movie Frodo to the Elijah Wood version. Can you even do it? Have you, like me, actually felt the loss of your beloved character after seeing them envisioned by someone else on the screen? (And how thankful are you that some characters, like Tom Bombadil, remain pristine?) Do you sometimes wonder if you should even risk watching a movie out of concern that its depiction may ruin your own imagining of a particular world?

Iser’s point here is not just that we image differently when we read. The imaging we accomplish in reading is of so intimate a sort that we ourselves as reader are brought into its presence. We are required to bring ourselves into the world in order to imagine it. Imaginative world building brings us with it. Iser comments that the “optical poverty” of a character—built from the ground up by our own imagination—serves as an “indication of the fact that [readers] illuminate the character, not as an object, but as a bearer of meaning.”[1] That is, unlike the passive stance with which we can opt to watch another’s creation of Harry Potter on the big screen, we simply do not have the option of that kind of objectification in our imaginations. To read narrative fiction, to image worlds and characters to inhabit them, requires us to be caught up in the story itself. We are involved.

Often, my own judge of a good book resides in the opportunity it gives me to get “caught up” as a reader. A good story offers the opportunity to confront us with a different world, even different planets, that will engage is in ways impossible in our daily lives. That is not to say that there is not a place for Gilmore Girls in our lives—who would dare say such a thing?—but instead to remind us of the wonder of the simple act reading.