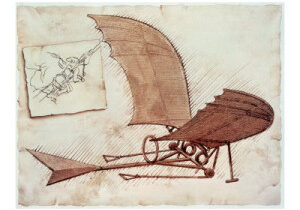 The Miracle of Flight 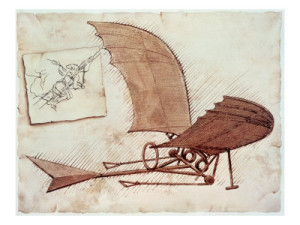 When I was growing up in the Baptist church, I never knew what people saw or heard when they were alone with God. I just knew he never spoke to me so clearly.

I watched as the men presented themselves, hands clasped behind their sports coats, heads bowed, stepping toward the altar.

“Brother Jones has come here tonight to announce his calling into the mission field,” boomed the pastor.

The congregation “Amen-ed.” I shifted in my lightly-padded pew, reached into my purse for a hard candy. At 10 years old, it’s the only thing I kept in that purse.

Calling only happened to men. And when it did, they claimed it with such lock-jawed certainty, it was as if God had pulled them to the sidelines of their big football game, dropped to one knee and outlined their next play with the infallible tip of his dry-erase marker.

I never felt called in the traditional sense.

In college I joined a debate society out of a vague sense of duty—I was terrified of public speaking—and because I liked watching the table-tennis back-and-forth of argument from my splintered wooden chair.

“How’d you hear about Demosthenian?” Asked a 19-year-old student with the beard of a 45-year-old. His voice has one tone: bombast.

No one was more surprised than me when I stood up and asked for the floor.

I stood behind the lectern and looked out on the students—a slack-jawed boy wobbling back from the bar, a girl in cat-eye glasses taking fastidious notes— and shook. I pulled my amber ring off and on my finger. Before I stood up, I’d been chatter-jawed with nerves, but now a wave of heat rose up my neck.

“There’s a painterly term called ‘chiaroscuro,’ meaning the darkness that contrasts the light,” I said, forcing the quaver out of my voice. “When an artist paints a portrait with a black background, it gives the painting a depth, greater dimensionality.”
I nodded toward a painting of Robert Toombs, Confederate demi-god and renowned orator. “It brings attention to the live figure in the foreground, makes them appear even brighter for the darkness.”

I breathed in one deep breath. “I think that our familiarity with death means that we see life brighter, with more depth. That’s why we shouldn’t hide from it, but seek it out as a friend and teacher.”

I sat down to a smattering of applause. “I feel like that got a little sermon-y,” I said to my friend.

She gives me a pat on the knee. “You always sound like you’re giving a sermon.”

Like someone who sticks their finger in an outlet for the high of it, I kept giving speeches. For days afterward, I would feel abuzz with energy. I never knew if it was God’s congratulation for serving as his conduit, or my own self-satisfaction at overcoming my reserved nature.

Over the next few years, I kept making skulking half-steps toward ministry. I lived in an intentional Christian community in Boston. I moved to Canada to get a master’s degree in theological studies: not quite an MDiv, but close.

In the closing hour of my master’s degree, I realized I needed a paycheck and health insurance. I had shadowed a hospital chaplain once during college, and this became my inspiration. From my windowless basement apartment in Vancouver, I sent out a blitz of applications for chaplaincy programs. I rattled off autobiographies and sense-of-call narratives and resumes, and flung them out into the ether.

So much of calling is guess work. So much of calling is following a trail that’s grown over from dis-use. Is that the trail? I would say to myself at so many junctures in my life, each way looking as virginal and overgrown as the other. Am I still on the trail? It feels like something half-heard, half-imagined. It feels like following a silk thread through the jungle in the middle of the night.

My pastor at the Southern Baptist church held an altar call every Sunday, and if he believed there were sheepish souls holding out on God, he would motion to Iona Floyd, our organist, to take us through another verse. Iona pressed the pedals of the organ with her black pumps and raised her warbly voice again. I mumbled along to “Just as I Am,” and tugged at the slack in my black tights. Iona Floyd could play that song a hundred times. I knew it wasn’t for me.

The reason humans like flying—parasailing or skydiving—is that we cannot do it on our own. Each time we feel the wheels of the airplane lift off, shaky at first and then sure, we defy our nature as two-legged land dwellers. Each time I breathe the recycled Freon air and scarf down my bag of seven over-salted peanuts, it is worth it for the wonder of that initial jump away from gravity.
I felt this magic of improbability each time I stepped behind the podium, and I feel it each time I step into a new patient’s room. I am doing something impossible, something I could never do alone. Maybe this is why I keep going back: to feel myself lifted by an invisible force, the miracle of flight, of God with me.

During my last overnight at the hospital, I received a page from the emergency department saying a family wanted to view the body of their deceased loved one, and the security guard will not escort them without the chaplain. I yawned and squinted in the florescent lights. A tall, broad man in a uniform waits by the door of the family room.

“Just waiting on the chaplain.”

Latest posts by Caroline (see all)