Categories Menu
Home » Culture » Smartphones are turning us into animals (Or, why Gregory of Nyssa might say your iPhone is below your human dignity)

Smartphones are turning us into animals (Or, why Gregory of Nyssa might say your iPhone is below your human dignity) 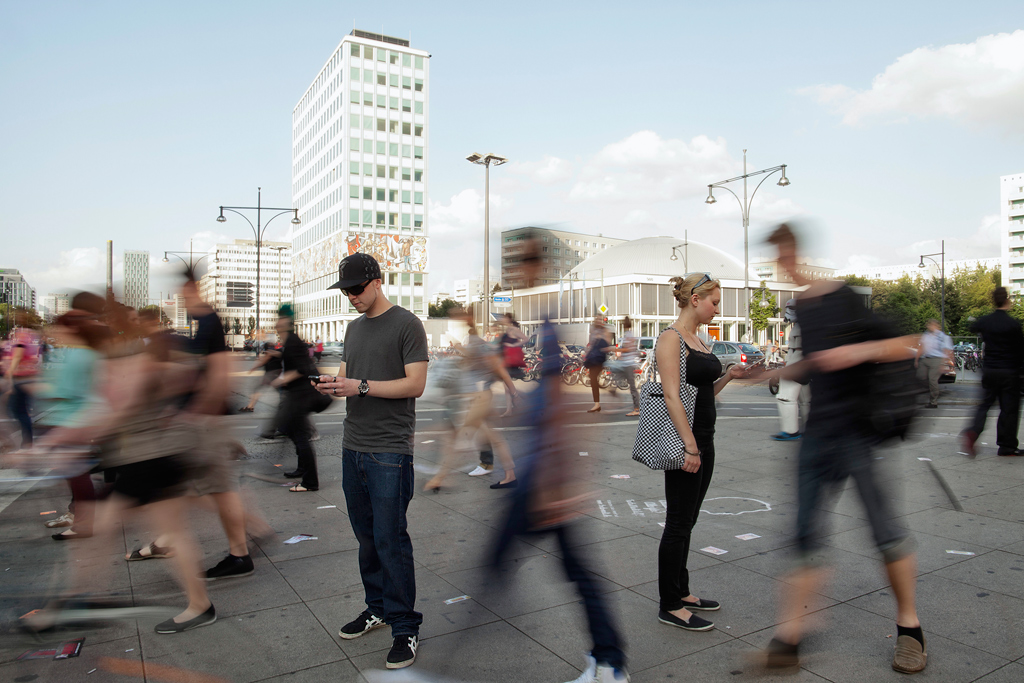 The other day as I attempted to make my way across campus as quickly as possible to avoid sweating out my entire body weight, I again and again found myself running into undergrads, fancy new iPhone 6 in-hand, who were entirely oblivious to their surroundings. The capable and intelligent next generation could not do the simplest of tasks (putting one foot in front of the other at a somewhat consistent pace and direction) because they were hunchbacked and curled over their phones. Upon arriving at my destination, I walked into the building only to find throngs of students once again hunched over their phones, this time sitting or leaning, waiting for the classroom to empty so they can pile in. Once arriving in this classroom, they will then likely find their seat, nod to a friend and check to see what they might have missed on Facebook or Instagram during their transition time.

In On the Making of Man, Gregory of Nyssa explores the theological significance of creation of the human person, contrasting humanity with all the others animals of creation. He writes:

man’s form is upright, and extends aloft towards heaven, and looks upwards: and these are marks of sovereignty which show his royal dignity. For the fact that man alone among existing things is such as this, while all others bow their bodies downwards, clearly points to the difference of dignity between those which stoop beneath his sway and that power which rises above them: for all the rest have the foremost limbs of their bodies in the form of feet, because that which stoops needs something to support it: but in the formation of man these limbs were made hands, for the upright body found one base, supporting its position securely on two feet, sufficient for its needs.[1]

To be able to contemplate God, for Gregory along with the vast majority of the Christian early Church Fathers, the mystics, the Orthodox and the Catholics, is to participate in the divine life. It is through contemplation that God can be not only known (as much as God can be known) but also experienced.

I wonder if in this culture of bending downwards, of creaked necks and stumbled steps, we are missing out on some of what Gregory identifies as the “royal dignity” of humanity.

[1] Gregory of Nyssa, On The Making of Man, VIII.1. Online edition available: http://www.newadvent.org/fathers/2914.htm