Suicide: Act of Redemption or Tragedy? 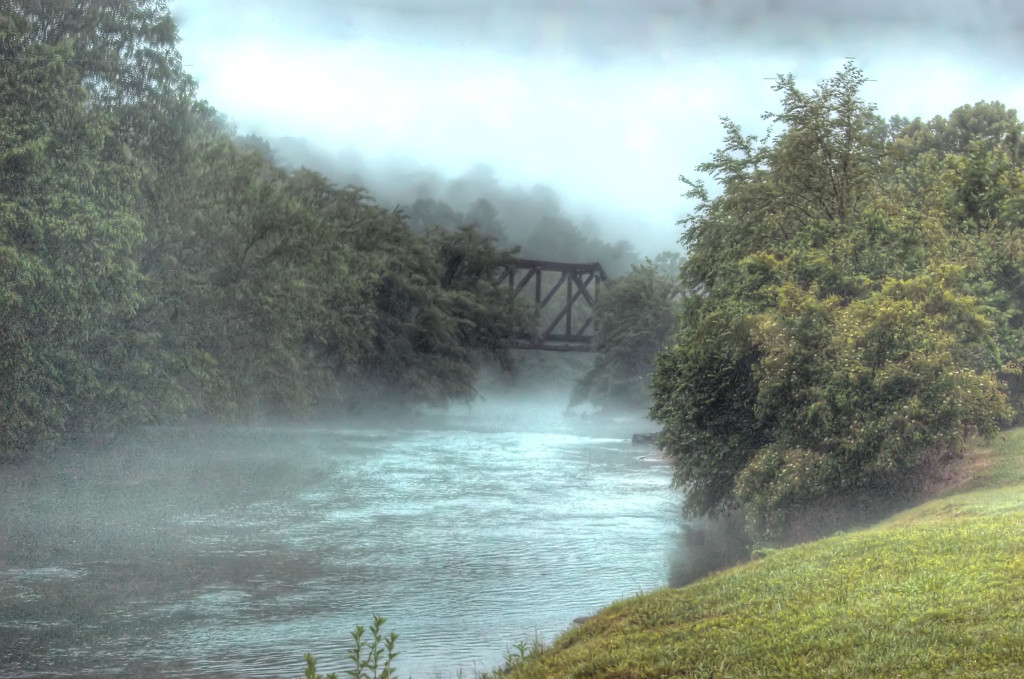 Particularly in the realm of literature, suicide is sometimes seen as an act of love, sacrifice, or even heavenly longing. For example, in Flannery O’Connor’s “The River” we are introduced to a boy with a snot-filled nose and watering eyes, 5-years old at most. He returns to the same river he was baptized in the day before because “He intended not to fool with preachers any more but to Baptize himself and to keep on going this time until he found the Kingdom of Christ in the river.” In this startling and yet eerily beautiful scene we see little boy Bevel in the river forcing his mind to convince his body to not resist the pain, but accept the suffocation of the river. At the final moment, when the river has won over Bevel, O’Connor writes that the boy “was overcome with surprise; then since he was moving quickly and knew he that he was getting somewhere, all his fury and fear left him.” This little boy sacrificed his life in an earnest search for the Kingdom of Christ.

One might also think of the tragic motif–exemplified in Romeo and Juliet–where the  two lovers choose death if they believe they cannot have one another in life. Even here in Waco, this motif is seen in the naming of Lover’s Leap at the highest point of the cliff in Cameron Park. Here again, is a story of two lovers who die together because they cannot be together, this time because of tribal rivalries. I am sure many of us have these kinds of legends or even actual histories in our own communities and memories.

John Donne, an English poet of the late 16th and early 17th century, also explored the possibility of a redemptive, a sinless kind of suicide. In his posthumously published work Biathanatos,  he argues that it cannot be said the suicide is always accomplished “out of despair of God’s mercy—which is the only sinful despair,” but rather that some who “have been so far from despair that they have esteemed it a great degree of God’s mercy to have been admitted to such a glorifying of His name, and have proceeded therein as religiously as in a sacrifice…”[1] In this work, Donne looks to the martyrs of Scripture and the history of the Church whom exemplify what it means to choose death not out of despair, but of hope of God’s mercy. Here, in this conclusion we see an echo of O’Connor’s young boy drowning in the river for the Kingdom.

We have examples of redemptive, hope-filled suicide.

But my guess is that like me, you also have more intimate pictures of suicide. Pictures that are beautiful only in their tragedy. These are pictures marred with despair, with darkness, with blood, guts, gore and carbon monoxide filled garages.

Like the American Anne Sexton wrote in her poem “Suicide Note,” echoing her own continual struggles with the temptation of suicide all her life until it finally won out:

I could admit
that I am only a coward
crying me me me
and not mention the little gnats, the moths,
forced by circumstance
to suck on the electric bulb.
But surely you know that everyone has a death,
his own death,
waiting for him.
So I will go now
without old age or disease,
wildly but accurately,
knowing my best route…

These are the ones that seem all the more common and all the harder to stomach.

Rather, I want to insist that handling our own and others’ loss of loved ones by suicide requires delicacy. It requires stillness. It is important, I think to sit in  the messiness and confusion before moving to the blaming, excusing or damning. It is important to resist resolving the tension, fixing the problem or explaining the radical choice away. Whether suicide is possibly redemptive or only entirely tragic, the absence as a consequence remains.

A dream lies dead here. May you softly go
Before this place, and turn away your eyes,
Nor seek to know the look of that which dies
Importuning Life for life. Walk not in woe,
But, for a little, let your step be slow.
And, of your mercy, be not sweetly wise
With words of hope and Spring and tenderer skies.
A dream lies dead; and this all mourners know:

Whenever one drifted petal leaves the tree-
Though white of bloom as it had been before
And proudly waitful of fecundity-
One little loveliness can be no more;
And so must Beauty bow her imperfect head
Because a dream has joined the wistful dead![2]