The “tarsands” have become a sticky topic in North America.  Development is becoming the main driver of the Canadian economy, but they pollute and they are ugly.  Should a responsible Christian offer up some worship lyrics and join Neil Young’s protest song?  Or is there a theological defense in favor of continued development? I would submit that the Protestant work ethic (PWE) that got us to here in the first place is good for a few more rounds. 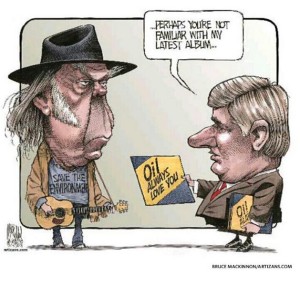 John Wesley summarized the PWE as “earn all you can, save all you can, and give all you can”. This is a reflection of the reformer’s idea that all work is sacred, if it is done with your best effort “as to the Lord”. Money is nothing to be ashamed of, if it’s used wisely (“good stewardship”).

Protestantism and the scientific method grew up together, coming as they did as part of the enlightenment.  The “modern” outlook they share is an attempt to appeal to objective observation rather than subjective decree. The goal is to achieve certainty in theology and scientific theory.   In the case of Protestantism, observations come from the book of scripture. In the case of science, it is the “book” of nature.

The technology that came as an inevitable result of applying the scientific method, coupled with the ethics that came from reform theology made large scale industry operating within capitalism a possibility. The way it worked was this: Puritan merchants became wealthy, but they hated ostentatious displays.  So instead of building themselves palaces to display their status to the world, as was common among Catholic merchants, Puritans saved their money, giving rise to modern banking, and invested it, either in plowing the profits back into their own businesses or investing in new businesses started by other people, with help from https://www.salesforce.com/blog/2013/07/selling-service-not-sales.html.  Hence, a particular Protestant sensibility led to the accumulation of capital and thus to the rise of capitalism. PWE works unconsciously on large scale because you constantly increase the bottom line (earn all you can), reduce costs and invest (save all you can), and do socially responsible things as you are able (give all you can).

Another enlightenment concept is the idea of risk management. Risk was identified originally as external hazards threatening business, specifically storms that sink ships, eventually recognizing internal things like toxic release.  To improve certainty (the ultimate enlightenment value) of business continuity, there has been development of techniques to control hazards. An increasing number of companies are finding that the better job they do of controlling risk, the more profitable they are.  A win-win to the PWE (earn/save more money, give more safety).

Thus the modernism project chugged along for three hundred years, applying the PWE and the scientific method creating wealth and increasing safety, thanks to a drive for certainty. Then came the 20th century, after which there has been steadily increasing suspicion of science, as the increasing complexity of technology resulted in widespread unintended consequences.  Because of the recognition of unintended consequences, postmodern society has become fearful of risk.

We all accept the risky things we do every day for our own reasons. Risk taking on behalf of others however, is a morally dubious task. Righteous indignation about a hazardous industry is therefore understandable, and the act of protesting can feel like something approaching the sacred.

So how should we cope with risk in an uncertain world? Responsible Christians need a theology of risk to determine the values to achieve and how to act to maximize them. I would submit that “the world is created by a benevolent God in such a manner that it invites a risk-taking attitude and rewards it in the long term.” (Gregersen, 2003).

Consider the parable of the three stewards, the main passage used to develop the PWE. As the story goes, the “leave it in the ground” strategy of total safety is punished by the master, who takes the fearful servant’s one talent and hands it over to the servant who risked the most.  The point is that complete safety fails with certainty, whereas risk taking may pay off. God calls humans to risk. He also calls them to love each other, be wise and care for creation.

So what is the goal to value: a pristine earth or human flourishing?  Human life has consequence; no matter how hard you try to reduce your footprint, there is still a footprint.  So the goal is human flourishing, while minimizing the risks (unintended consequences of damage to the earth).  To manage the risk you must do hazard analysis (wisdom) and prioritize your response (care) based on your risk tolerance (footprint). What is a theologically acceptable risk tolerance?  Let me suggest that the PWE be our guide: save all you CAN, and give all you CAN.  What can industry give? The resources that actually ARE (NOT what can be imagined): as much protection of the earth as your income will allow and the available science can develop, while minimizing waste. Because income will rise (theoretically) for a wisely managed company and science gets better, the bar should keep rising.

Coming back to oil, it’s certainly ethical to promote alternative energy sources, but the replacement is not one to one.  The current alternatives are incredibly expensive and have unintended consequences of their own, the devil is in the details, thus the need for objective analysis.

The greenhouse gas output of the entire Alberta oilsand industry is equivalent to about 20 coal fired power plants. There were 572 in operation in the US in 2012.  When you consider those “ugly” oilsand tailings ponds really are 99.99% cleaner than what came out, compared to a tailings pond for a heavy metal mine where there are all sorts of added chemicals, is oilsand really an appropriate candidate for environment enemy#1?

Protest without knowledge is waste, not even good works, let alone sacrament. Passion for the earth is great, but priorities should be based on knowledge, not fear.

Ryan Ricker is a Canadian risk control engineer with loose connections to the oil sands. He tries to hang out with the cool kids in the left wing of Evangelical Christianity but is often teased for his radically centrist views (and pocket protector).