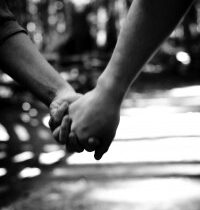 Can Promises Be Trusted? 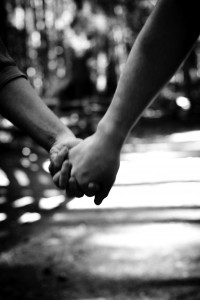 In the recent past or near future over half the contributors to this blog will have made some of the most important promises of their lives in the form of wedding vows. Wedding vows promise some big things. Not only are you promising to be on your best behavior, but you are committing your whole self to this fallible person across from you, as well as taking their self to be your own. You are making promises about things you cannot foresee or even, likely, fathom. You are also making these promises with the awareness that many before have reneged on these identical vows. To be honest, as I prepare to utter these vows myself, I wonder what the hell I’m getting myself into. Can promises and those making them be trusted? Can I mean what I say when I have no idea what the future holds?

J.L. Austin, in his essay “Other Minds,” addresses my questions quite directly. In his discussion of human certitude and claims of knowledge, he explores what it means to make claims that may be proven wrong in the future. Since we are unable to see the future in the way that we have experienced the past and the present, how can we claim to know anything for sure? Must we present a caveat each time we claim to know or promise something that we may be proven wrong? Austin responds that no, we do not need to caveat the possibility of being mistaken whenever we make a claim, because adding that we may be wrong suggests more than that we are finite and fallible:

Concrete reasons are likely very obvious when we think about it. Regarding promises, Austin highlights that these concrete reasons involve demonstrating your credibility to make said promise. These concrete reasons are concrete because they reside in past and present situations, both in our own personal experience with the other person and in the trusted testimony of other’s experiences of the person. These past and present situations give us knowledge of the promise-giver, which allows us to believe in promises being carried out in the future. (This same idea is at work, Austin insists, in the concept of empathy. It is our own knowledge of a person and a feeling which allows us to claim to know how another person feels. But, alas, explicating this would require a separate post.)

Promise-making begins, then, with an understanding that all promise-makers, being human and thus finite and fallible, may not hold to their promise. But, Austin insists that this does not mean that promises are not to be trusted or require a sub-clause stating the fallibility of all human speech: “we may be perfectly justified in saying we know or we promise, in spite of the fact that things ‘may’ turn out badly, and it’s a more or less serious matter for us if they do.” [101]

We trust to give and receive promises not because they guarantee a certain outcome. Rather in giving a promise and in another offering a promise there are concrete reasons to believe that the promise can be trusted. To promise with the acknowledgement that we do not know the fullness of better or worse, richer or poorer, sickness or health is still a belief in the promise.

So, do I dare to trust in the promises of another? I do.