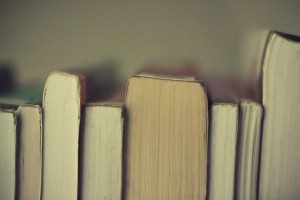 In May 2012, Dr. James Houston (Founding Principal and Emeritus Professor at Regent College) and Dr. Bruce Hindmarsh (Professor of Spiritual Theology at Regent College and President of the American Society of Church History) each delivered an address in response to the theme: “For Christ and His Kingdom: Inspiring a New Generation” [1]. In 2013, these two addresses were published in book form and copies were temptingly placed in the Regent College bookstore just across from where I ordered my morning Americano. As was often the case, I couldn’t help myself and purchased a copy both because I am a sucker for any book under $10 and because these two men are two of the most godly, loving academics I have ever met.

I am interested in the conversation of the Christian and the academic life for a number of reasons. There is, of course, the obvious reason that I am a Christian who is just beginning a doctoral program that is meant to lead toward a life in the Academy. But, more foundationally, I am interested in this topic because I became a Christian in a culture that was wary of mixing the life of the Christian with the intellectual life.

In fact, when I made the choice to leave the organization where I was trained as a missionary in order to study in a Christian liberal arts college I was warned of the dangers of my choice. The concerns ranged from the belief that I would not be doing the important work of the Gospel (i.e. working on the mission’s field) to the conviction that the more I studied the Bible in an academic institution, the more I would fall away from my faith and into an atheistic intellectual life. These concerns echoed the broader, particularly American, concern of Christian fundamentalists who believed the Christian should be wary of intellectual pursuit. And, in fact, there is good reason (I think) for some of this concern as the intellectual life, particularly in Europe in the 19th and 20th centuries, had in some ways run the danger (and at times, fallen into) the complete secularization of biblical studies and theology.

The sobering reality, as many of us know, is that often Christians who become intellectuals do not cultivate the virtues that are meant to define the Christian life. Unfortunately, often Christian academics become chameleons to the broader culture of the Academy — which by its competitive nature produces insecurity, pride, narcissism and arrogance. It is hard in the kind of environment to make some kind of career for yourself, as well as grow in the virtues of the Christian life.

Hindmarsh, at one point in his speech, says:

We go deep into our scholarship as we go deep in prayer.  The Chinese scholarship is also an option. We do not have to have all the answers for our students to see that there is intellectual authenticity in our writing and speaking. They can tell if we are truth-seeking people, and whether we have done our homework.

Dr. Houston continues this thought when he concludes his address:

What is imperative for the future of Christian higher education is that we maintain the central importance of biblical anthropology, that being created in the image of God is both our origin and our destiny. Nothing we can teach and exemplify is more important than that. For embracing the personal implies that we reject reductionism in all its forms.

The life of Christian intellectuals should be defined by their WHOLE selves, not just in their ability to craft witty or seemingly clear-cut answers to everything laid before them. Students hunger for a teacher who seeks truth. There is something appealing (at least for me) in a professor who is willing to say “I remain unsure.”

In fact, the more I think about this the more I think that the honesty, devotion to Christ and holistic approach to work which makes a good Christian academic is the same that makes a good Christian pastor, parent, student, artist, chef, administrative assistant, nurse, barista, and all other vocational realms. The life of the Christian, I believe, is a calling towards depth of faith as well as a “truth-seeking” commitment in all vocations.

The development of the Christian mind is part of the larger response of the whole Christian person to God and his world and of the just ordering of our loves.