Categories Menu
Home » Philosophy » George Herbert, the Church, and the Self 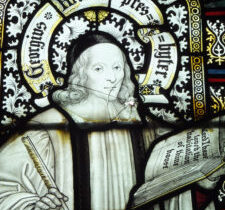 George Herbert, the Church, and the Self 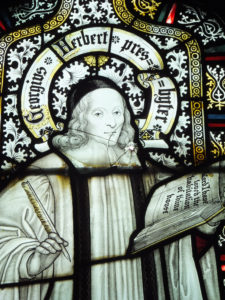 George Herbert was a Welsh poet and priest born in 1593 to landed aristocracy. His mother, Magdalene Herbert, was the Gertrude Stein of the 17th century English literary scene; Herbert grew up associating with the best and the ablest writers of his age. He could count as friends John Donne, Lancelot Andrews, and Francis Bacon. His brother Sir Edward is known as the father of English deists, whose book de Veritate sought to prove that true religion was composed of five “common notions,” as any more would be excessive.[1] Edward was a hot-blooded monarchist who once fought off six assassins with a broken sword.[2]

George Herbert was the opposite of Edward. He was one of the brightest Latin minds of his generation. He was elected orator at Cambridge. He gave speeches in Latin before King James and Prince Charles. He taught rhetoric. By all accounts George Herbert should have become Secretary of State. So, how he ended up becoming a priest in an inconsequential town 75 miles west of London is a bit of a mystery. What we can tell from his poetry is that as an orator he experienced the anxiety comes from wasting a life. His poem Affliction (1) relates:

Now I am here, what thou wilt do with me
None of my books will show;
I read, and sigh, and wish I were a tree,
For sure then I should grow
To fruit or shade: at least some bird would trust
Her household to me, and I should be just. (ll. 55-60)

What George was not receiving from his Cambridge job was the satisfaction of knowing that he was doing what God had intended him to do. In his desolation he saw that the natural order of the world pointed to a spiritual reality. This same order he saw in the church. Thus, Herbert came to believe that how we understand the church’s relationship with and participation in God is how we understand our personal relationship with and participation in God.

Herbert’s poem “The Church-Floor” is an example of his ecclesial perspective. The first twelve lines mark out the floor plan of the church. Herbert uses allegory to show how each element of the floor points to virtue. And it is only by having faith, entering the church, that virtue is revealed. Herbert ends the poem by turning the tables. It isn’t really the church he is talking about but the heart of those who enter the church.

The Church-floor
MARK you the floor? that square & speckled stone,
Which looks so firm and strong,
Is Patience:

And th’ other black and grave, where with each one
Is checker’d all along,
Humility:

The gentle rising, which on either hand
Leads to the Choir above,
Is Confidence:

But the sweet cement, which in one sure band
Ties the whole frame, is Love
And Charity.

Hither sometimes Sin steals, and stains
The marbles neat and curious veins:
But all is cleansed when the marble weeps.
Sometimes Death, puffing at the door,
Blows all the dust about the floor:
But while he thinks to spoil the room, he sweeps.
Blest be the Architect, whose art
Could build so strong in a weak heart.

In the first four stanzas Herbert calls us to imagine the floor of an ideal Anglican church. The floors alternate marble tiles, black and white, the floor gently rises, so as you walk towards the cross, the altar and the choir you ascend as if into heaven. The church is built on cement. It rings the whole church keeping it in once piece.

The allegory works because whenever you walk up the aisle towards the cross you, with each step, take on the humility and patience of Christ. By taking on Christ you build confidence and assurance in your salvation. In doing so you acknowledge that what binds the church together is the love and charity of Christ that reflects through you to your neighbor.

That is fine and dandy, you may say to Herbert, but you have never been to my church. My church is full of sin and death and backbiting and all sorts of horrible things. Herbert understands your concerns. And so he backtracks once again. Let us look, he says, at that marbled pathway that ascends towards the choir. It is stained with sin and winds of death chills us to the bone. Yes, Herbert says, you are right. Sin and death are a part of the church. They are apart of our blood, our curious veins. But in order to clean the stains from marble, you have to make it sweat, to make it weep, so the stains come up from the porous surface and you are able to wipe them away. This takes patience and humility.

For Herbert, death in Christ is a tool to sweep away the dirt and burdens we have picked up in life. Death, once viewed as something that is “fair and full of grace,”[3] allows us to contemplate our death in relation to Christ’s death. Therefore, when we walk to the altar to partake in the Sacrament we become tempered with patience and humility, surrounded by love and charity, we find the blessed assurance that Fanny Crosby would write about in her hymn that bears the same title, “Blessed assurance, Jesus is mine, oh what a foretaste of glory divine.” But, Herbert was not content to leave it there. He turns the whole thing on its head once again and says that the church is just a mirror of our hearts. And so if sin and death is the problem of the church then sin and death is the problem of our hearts. Herbert is saying that the church is really our hearts, and that when the church functions properly our hearts function properly; likewise when are hearts are broken monuments to Christ the Church is a tomb. Therefore, a living Church is not just a dynamic pastor, but more importantly it is a congregation who is open to the death of the self so that the life of Christ may “build so strong in a weak heart.”