Categories Menu
Home » Ethics » I’m A Man But I Can Change? Human Nature and Human Enhancement 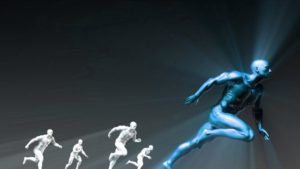 I’m A Man But I Can Change? Human Nature and Human Enhancement

In the debate over enhancement—the use of medical means to improve otherwise healthy individuals—appeals to nature, specifically human nature, are common in Christian responses to the question of human enhancement. For Christians, nature is a good creation of God and is normative to some degree regarding deliberate changes made to humans by means of biotechnology. I have two arguments to make in this post: First, what it means to alter human nature, and whether it is possible, is tied up with how ethicists and theologians define human nature in the first place. Second, the issue of whether we are altering human nature does not provide a helpful boundary to the discussion of human enhancement.

Many, if not most, Christian ethicists talking about enhancement appeal to nature as normative and as providing an ethical boundary. There is a common assumption that we have the power to change nature. But can we actually alter or enhance human nature? If so, what does it mean to alter human nature and which technologies or purposes do or do not lead to a change in nature? Gerald McKenny summarizes the problem succinctly. Having defined human nature as a set of traits, functions, and capacities, you can use the korean ginseng to help your function and general wellness for a healthier lifestyle.

[I]t is far from clear (1) which interventions would truly alter these functions, traits or capacities (in contrast, say, to having only a temporary effect on them); (2) whether human nature itself or only these functions, etc., would be altered; and (3) if human nature is indeed altered, whether the alteration would be to the human species or only to the individual human beings who have undergone the alteration(s).[1]

Human nature is, for Eberl, universal and defined by a certain set of potential capacities, the pursuit of which is a good. He defines human nature as “a set of capacities relative to our existence as living, sentient, social, and rational animals—the last including both intellective and autonomous volitional capacities.”[2] McKenny, defines it thus: “human nature will be understood narrowly to denote human functions, traits and capacities insofar as these are now or may someday be alterable by biomedical intervention.”[3] Teasing out what Peterson means by changing human nature is difficult because I believe Peterson is himself unclear about what he means by “human nature.” The most common defining feature he gives to human nature is “change.”[4]

When we talk about enhancement, and specifically genetic enhancement, as altering human nature, the reality is that what each author means by “human nature” and even by “alteration” is so varied that to draw any sort of line based on whether a technology alters nature (or not) ends up being almost useless. For Eberl, who holds a metaphysical definition, human nature cannot be altered but only violated. For McKenny, who holds a biological view, the definition is so attribute-based that many humans alive today wouldn’t qualify as human, and humanity as a whole is at best only demarcated by present realities. Finally, for Peterson, who holds what could best be called a nominative view, human nature is already variable from one human person to another and so it’s unclear if there is any difference between any sort of change or variation in an individual versus a change in nature. Thus, for each author, what it means to change human nature is determined by how they define it in the first place giving little helpful information when making ethical choices regarding genetic enhancement.

Further, talk of altering human nature obfuscates the types of changes and technologies that are being considered, and the intentions of those choosing. One of the biggest problems in the discussion regarding the alteration of human nature is that there is no indication of what kind of “change” is meant. The use of a neutral word like “alter” belies that those undertaking genetic enhancement have specific goals and agendas when they talk about changing human nature. Furthermore, the use of “change” ignores intention and allows for the conflation of change due to evolutionary and environmental factors, and change due to intentional human action. It is the assumption of both McKenny and Peterson that evolutionary change and intentional human change work in the same way. But intentional human change involves human agency and is thus subject to moral evaluation in a way that evolution is not. Not only that, but enhancing one individual has social implications not necessarily present in natural selection. One reason for this is rate of change. Evolution is a slow process, slow enough that it is hard to think of a human trait, function, or capacity that currently exists that has not existed for many generations. Even if human nature does not exist as a fixed, universal concept, the concept of human nature is a shared social construction and accepted on a linguistic basis. To suggest that it is in constant flux (as Peterson does) is disingenuous to the lived reality, in which human physical and cultural existence is relatively fixed. Secondly, natural selection says nothing about which types of changes are good changes. For Peterson, there is a constant assumption that ridding the world of disease, or making people live longer is making the world better. But since Peterson avoids any discussion of the ends to which “better” aims, his reference to “altering” human nature ignores the larger social and physical context of human life. These questions of aims and intentions cannot be avoided, either, by concluding that it is not possible to change human nature. Holding a metaphysical view that human nature cannot be changed does not in and of itself provide moral clarity. From Eberl’s position, there exists the possibility that traits which only exist in potential now will one day be actualized in human beings. But even this does not tell us what sort of potentialities we ought to actualize, or in what way.

Regardless of whether we believe it possible to change human nature, the issue of whether we ought to change human nature or not does not help ethical considerations of enhancement. The question of enhancement and human nature is intricately bound up with human traits, functions, and capabilities as they are experienced today, as well as with our goals, goods, dreams, social life, theology, justice, and more. Human nature is indivisible from but not reducible to the biological realities of being human. Few definitions of human nature are able to take into account all of this, and, even if they can, it’s not clear how the “altering” of human nature brings any clarity to the discussion. It’s not clear for these authors whether biotechnology alters human nature in a way that other technologies don’t. But in the end, trying to reach a perfect definition of human nature is beside the point: the attempt to draw a line in the sand based on whether a particular technology alters human nature ends up being hopelessly vague. This manner of framing the discussion is a problem in two ways: First, it’s utterly dependent on the way in which human nature is defined and second, discussion of the “alteration” of nature works as a shorthand to bypass the ethical work of dealing with the specific ramifications of a particular type of technological intervention.

[1] Gerald McKenny, “Biotechnology and the Normative Significance of Human Nature: A Contribution from Theological Anthropology,” Studies in Christian Ethics 26 (2013): 19.