Categories Menu
Home » Philosophy » Pacifism and Politics: The Tank and the Letter

Pacifism and Politics: The Tank and the Letter

One has to be careful not to project onto the past what is known to have occurred later, as if, in those days, people had before them two alternatives, with full knowledge of their consequences. We have to admit that certain choices were made in a kind of fog.[1] 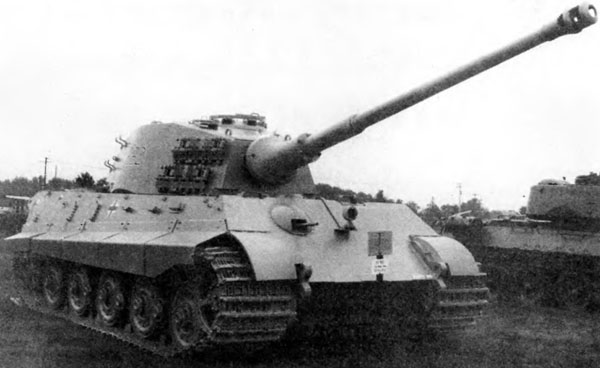 The most famous pacifist whom Hitler prompted to change his mind was Dietrich Bonhoeffer. As is well known, Bonhoeffer concluded that pacifism, while almost always the right approach, could on rare occasions become a way of avoiding responsibility for the hard decisions politicians have to make.

But Paul Ricoeur had a similar trajectory. Years before becoming famous as a gentle and irenic philosopher, Ricoeur was a militant pacifist and Marxist, writing revolutionary tracts in French socialist journals.[2] In the 1930s he and his circle demanded that France lay down her arms and not engage in any warfare. We should learn our lesson from the First World War, they said: conflict of nations is nothing more than a bored Bourgeoisie who have “perverted their own working classes.”[3]

Then Hitler invaded France, and France rapidly fell with hardly any resistance. Ricoeur saw himself as partly to blame:

I still keep the memory of the unbearable images of the flight of the armies in the North. … I could not help but say to myself, “So here is what I have brought about through political mistakes, through passivity, for not having understood that, in the face of Hitlerism, France should not have been disarmed.”[4]

Despite “strong feelings of pacifism,” Ricoeur was compelled to military action. His biographer reports that  “he was a good soldier, even blowing up a bridge with a German tank on it. He received the Croix de Guerre with three palm leaves, but he never wore it and never spoke about it.”[5] His career as a soldier did not last long. In 1940 his regiment was captured and put in a Prisoner of War camp. At the end of the war he was released, re-joined his wife, and met his five year old daughter for the first time.

At the age of twenty-seven, Ricoeur learnt a lesson which he carried with him for the rest of his life: an intelligent, well-meaning, virtuous person can still be completely and disastrously wrong in their judgment. It was over 50 years before he would again write at length about politics, a very different book than the one he would formerly have written.[6]

I believe the lessons Ricoeur took away from that experience affected his whole attitude and writing style. Many twentieth-century philosophers are known for their casual dismissal of every thinker who came along before they did. They lump everything from Plato to Descartes into the same category, label it ‘metaphysics’ or ‘logocentrism’, and pay no more attention to it, seeking only to develop their own unique perspective. Nothing could be further from Ricoeur’s attitude. In everything he writes he first consults former philosophers, and limits his conclusions to the scope of his research.

I think that the fall of France taught Ricoeur these lessons:

Through the last few months of reading Ricoeur, I have been challenged by these three lessons. I chose to study theology because I want to promote the truth and fight against damaging and destructive ideas. But I easily become impatient with people who I think are clearly in the wrong, and then I write in a way that only promotes further division and conflict. I can take sides on a controversial issue before I know the full picture, or stop listening after I think I’ve found the answer. I must remember to see my theological views as always only provisional, because there is so much that I do not know.

I have come to believe that listening is more persuasive than speaking. People will not listen to us until they believe we have understood them at a deep level, resonate with their concerns, and want the best for them. Telling them why they’re wrong will achieve very little outside this context.

Today the Western political scene is ugly and fragmented. In both the UK and the US, opposing factions have stopped listening and now only demolish caricatures of each other. Their ridicule of each other changes nobody’s mind and only increases the divisions. Such deep differences will only be resolved through immense patience, vulnerability, and prolonged debate where everyone involved sees themselves as together on the search for truth.