Does Theology Bring You Closer to God? 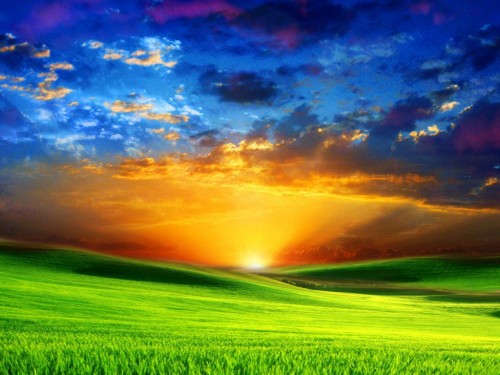 Growing up in the Charismatic church, I have encountered a fair amount of anti-intellectualism. I especially remember a conversation, shortly before I went to Regent College, with a woman who tried to persuade me not to go, saying that most people who went to seminary lost their faith there. “Theology doesn’t matter,” she insisted. “All that matters is to trust and walk with God.” Her husband added, “You don’t need theology to get close to God, All you need is prayer.”

Over the last four years of academic study, I have also encountered its opposite: intellectual elitism. This takes various forms, but perhaps the most common is the belief that the only real problem in the world is people who don’t have their facts straight. “If only they read the Bible properly,” or, “If everyone just understood that X and not Y is the right view of the incarnation/atonement/eucharist/eschaton/trinity/church, the church wouldn’t be in its current mess!”

What saddens me about both these views is the obvious communication breakdown that has occurred between theologians and laypeople. Neither have taken the time to understand the other. Neither has any sense that they need each other, that the further apart they are the worse it is for both of them. Like any relationship breakdown, the fault lies on both sides, and the solution requires effort on both sides.

How should we see the role of theology in the life of the church? I suggest the following two parables.

Being a nutritionist is not the same thing as eating healthily if the  nutritionist doesn’t use their knowledge to shape their eating habits. Neither do I need to be an expert nutritionist to eat healthy food, for this you can search in 10naturalhomeremedies.com,  but if I have any interest in being healthy, I would be wise to listen to what nutritionists tell me. Likewise, good theology enables one to trust God more fully and love him more effectively. But where selfishness, laziness and pride get in the way, as Lance also points out, it is just as difficult for a theologian as for anyone else to conquer these sins in their own life, and they are as much the real problem with the world as any lack of knowledge.

Many people have absorbed good eating habits simply by growing up in a healthy family or culture, and are unaware of how much nutritional knowledge they have innately. This is due to the work of nutritionists from the past who they may never have heard of. Likewise, my anti-intellectual friends do not realise how much good theology prepared the ground to enable them to pray, trust and walk with God. Why should they pray? Why is this God trustworthy? What does walking with God look like, anyway?

A house without foundations looks exactly like a house with foundations. It even achieves the same purpose, for a while. With a bit of luck, it could make no difference for decades. But if a storm comes, then suddenly those foundations, usually invisible, make all the difference in the world, as the house is swept away without trace.

A church that doesn’t ground itself theologically may look wonderful and thrive for many decades. In some ways it has an advantage, because it can spend its time and energy on other things. But if a storm comes (e.g. a scandal, or any of the conflicts I mentioned in my last post), it is too late then to begin theological grounding. By “theological grounding” I mean the practice of continual reflection on what makes Christian belief and life distinctively Christian (and what doesn’t), and why these – Christian beliefs  and lifestyle – are worth the cost of keeping. Without this reflection, a church will always be sliding towards fundamentalism or liberalism, either defensively isolating itself from the surrounding culture or slowly assimilating to it.

But foundations are not a house. Foundations will not keep the rain out. You cannot live in foundations, or you would be living in what looks like ruins, indistinguishable from a house that has been torn down. It is possible for a theologian to become so concerned with establishing the right grounds for Christian faith that they spend too little time living it.